PRACTICE QUESTIONS OF GEOMETRY FOR SAT

In a triangle, sum of interior of a triangle is 180. 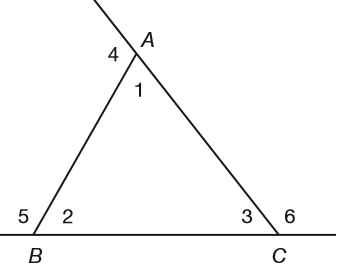 Which of the following number sentences is NOT true?

Option (a) is incorrect.

If the circle inscribed in square ABCD has a radius of r, what is the size of the shaded area in terms of r? 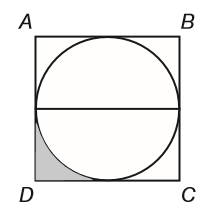 The figure is an equilateral inscribed in  a circle with radius 10. 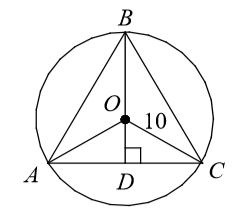 What is the measure of ∠AOC?

What is the area of the isosceles trapezoid above? 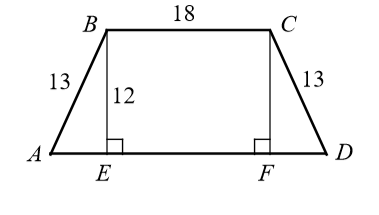 Since BE is perpendicular to AD, triangle ABE is a right triangle. 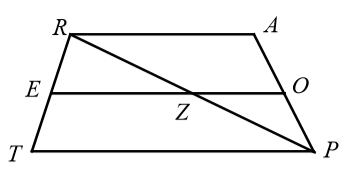 In the figure above, EO is the midsegment of trapezoid TRAP and RP intersect EO at point Z. If 15 = RA and 18 =EO, what is the length of EZ

The length of the midsegment of a trapezoid is average of lengths of bases. 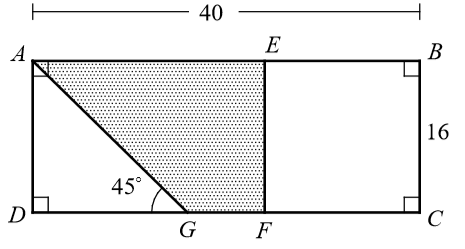 Area of the shaded region is in the form of trapezoid.