A power is the result of a repeated multiplication of the same factor.

A power can be written in a form that has two parts.

Number raised to the first power, such as 131, are usually written without the exponent.

We can read and write powers as given below.

15 to the first power

7 to the fourth power

Evaluate the expression m5 when m = 3.

Use Powers in Formulas

An artist uses a cube-shaped block of ice to make an ice sculpture for a competition. Find the volume of the block of ice. 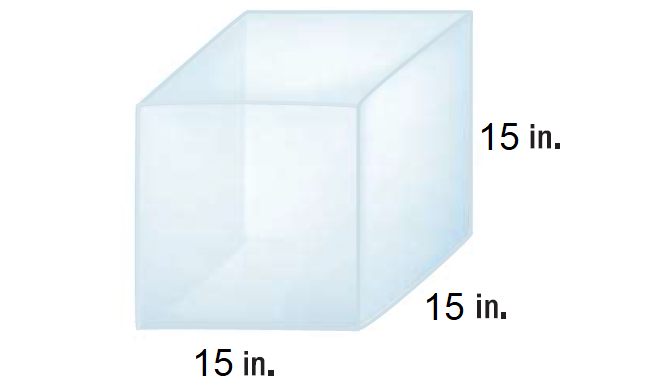 Use the formula for volume of a cube :

The volume of the block of ice is 3375 cubic inches.