A polar coordinate system is a plane with a point O, the pole  and ray from O the polar axis.

Each point P in the plane is assigned to polar coordinates

Plot the points with the given polar coordinates.

The given points has to be considered as (r, θ) 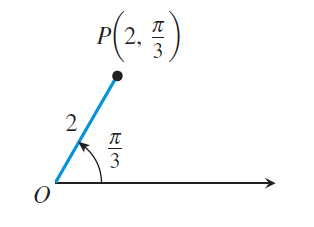 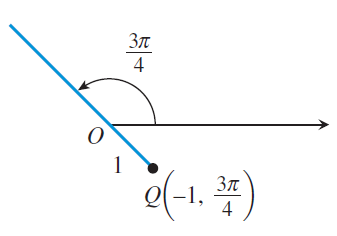 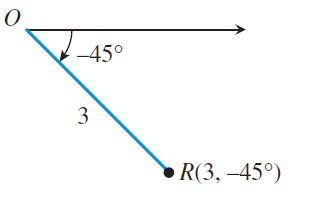 Find all Polar Coordinates of a Point

Where n is any integer. In particular, the pole has polar coordinates (0, θ), where θ is any angle.

Where n is an integer.

Where n is an integer.