PARTS OF A CIRCLE

In our daily life, we come across a number of objects like wheels, coins, rings, bangles, giant wheel, compact disc (C.D.)

What is the shape of the above said objects ?

Yes, it is round.

In Mathematics it is called a circle.

Now, let us try to draw a circle.

Take a thread of any length and fix one end tightly at a point O as shown in the figure. 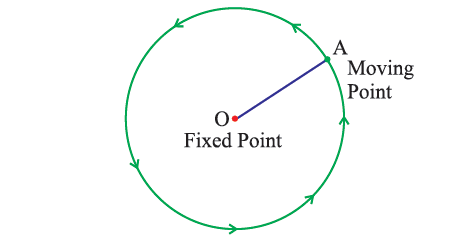 Tie a pencil (or a chalk) to the other end and stretch the thread completely to a point A. Holding the thread stretched tightly, move the pencil. Stop it when the pencil again reaches the point A. Now see the path traced by the pencil.

Is the path traced by the pencil a circle or a straight line?

The path traced by the point, which moves at a constant distance from a fixed point on a given plane surface is called a circle.

The fixed point is called the centre of the circle. 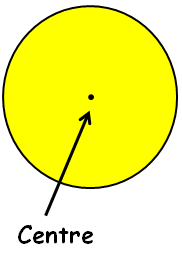 The constant distance between the fixed point and the moving point is called the radius of the circle.

i.e. The radius is a line segment with one end point at the centre and the other end on the circle. It is denoted by ‘r’. 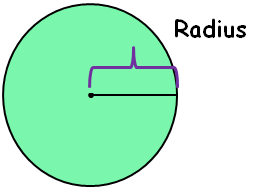 A line segment joining any two points on the circle is called a chord. 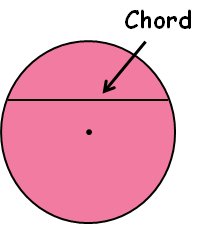 Diameter is a chord passing through the centre of the circle. It is denoted by ‘d’.

The diameter divides the circle into two equal parts. Each equal part is a semicircle. 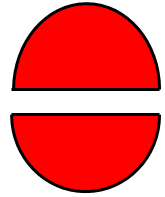 Circumference of a Circle : 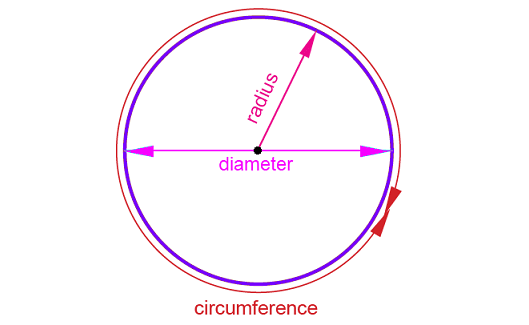 Take a one rupee coin.Place it on a paper and draw its outline. Remove the coin. Mark a point A on the outline.

Take a thread and fix one end at A. Now place the thread in such a way that the thread coincides exactly with the outline. Cut the other end of the thread when it reaches the point A. Length of the thread is nothing but the circumference of the coin.

Tangent of the Circle :

Tangent is a line that touches a circle at exactly one point, and the point is known as point of contact.

Secant of a Circle :

A line passing through a circle and intersecting the circle at two points is called the secant of the circle. 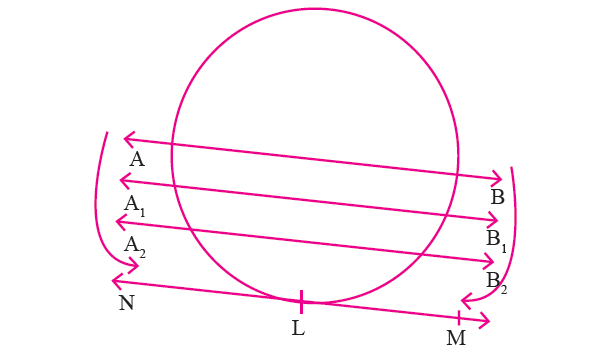 In the given figure, line AB is a Secant. It cuts the circle at two points A and B . Now, let us move the secant AB downwards. Then the new positions are A1 B1, A2 B2, .... etc., While secant AB moves down, the points A and B are moving closer to each other.

Arc of a Circle :

In the figure AB is a chord. The chord AB divides the circle into two parts. The curved parts ALB and AMB are known as Arcs.

Arcs will be denoted by the symbol

The smaller arc ALB is the minor arc.

The greater arc AMB is the major arc. 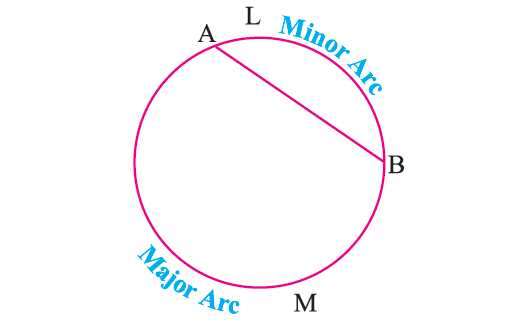 Segment of a Circle :

A chord of a circle divides the circular region into two parts. Each part is called as segment of the circle. 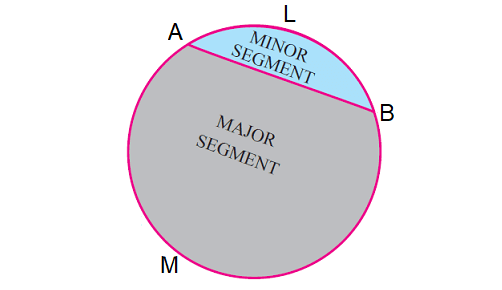 Sector of a Circle : 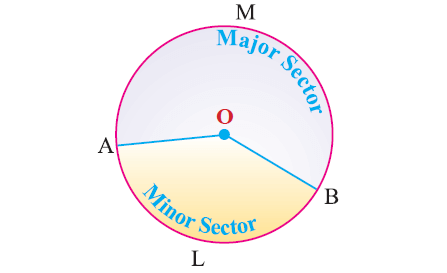