If two lines are always at the same distance apart and will not meet. This kinds of lines are  known as parallel lines.

The length of two lines should not be same. The perpendicular distance between those two lines must be same anywhere. 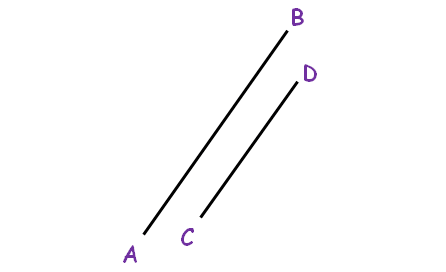 The symbol || is use to represent parallel lines. In the above picture the first line is shorter than the second line but both the lines are in same direction.

The perpendicular distance between them are same and they should not meet anywhere.

Alternate interior angles will be equal in measure.

Corresponding angles will be equal in measure.

The sum of degree measures of two interior angles on the same side of the transversal is 180.

Also, the sum of the degree measures by any acute angle and any obtuse angle will be 180. 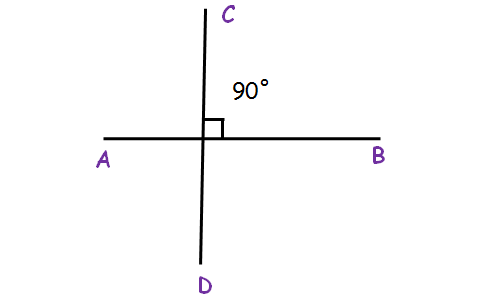 Lines that cross over one another is called as intersecting lines. The point where those lines are intersecting in know as point of intersection.

State whether the given pair of lines are parallel, perpendicular, or intersecting.

The above two lines CJ and NL will not intersect at any point. The distance between them are equal at any where.

Hence the given lines are parallel.

State whether the given pair of lines are parallel, perpendicular, or intersecting. 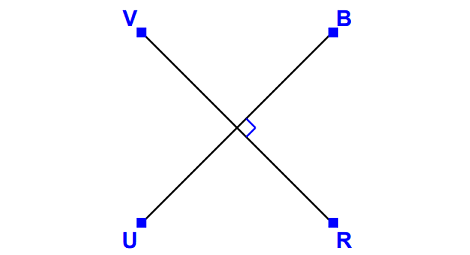 The above two lines UB and VR are intersecting at right angle.

Hence the above two lines are perpendicular.