Parallel lines are two lines that never intersect. In the coordinate plane, that would look like this : 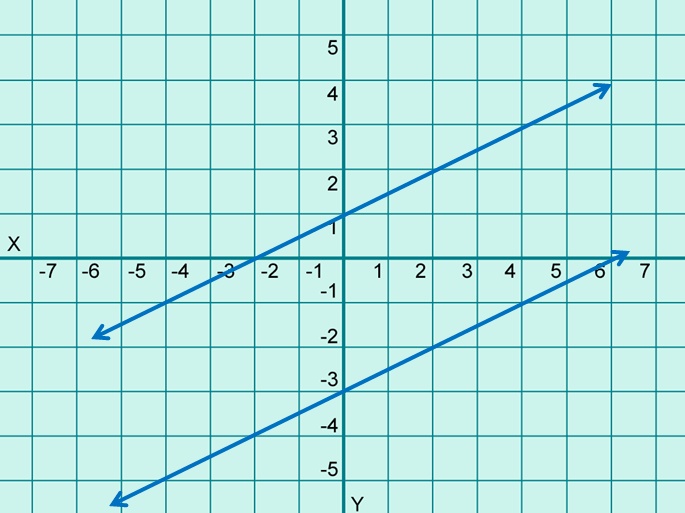 If we take a closer look at these two lines, the slope of both the lines is 1/2.

This can be generalized to any pair of parallel lines. Parallel lines always have the same slope and different y−intercepts.

In a coordinate plane, two lines are parallel if and only if they have the same slope.

Recall that the definition of perpendicular is two lines that intersect at a 90°, or right angle. In the coordinate plane, that would look like this : 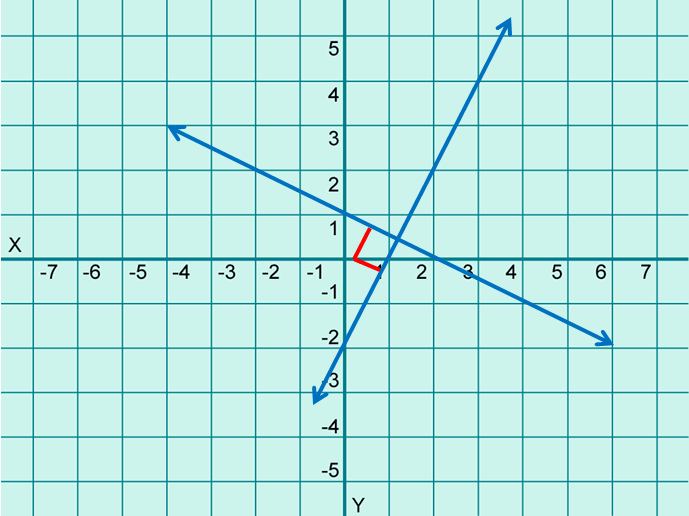 If we take a closer look at these two lines, we see that the slope of one is 2 and the other is -1/2.

The product of slopes of any two perpendicular lines is always equal to -1.

In the above example, we have

In a coordinate plane, two lines are perpendicular if and only if the product of their slopes is -1.

Think of each segment in the diagram as part of a line. 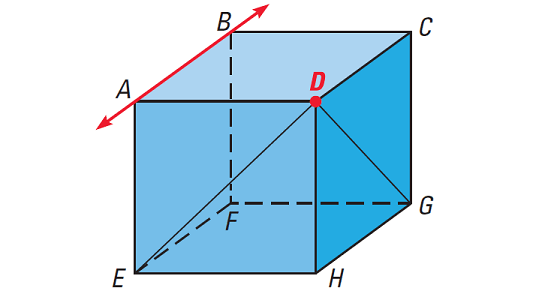 Which of the lines appear to fit the descriptions given below ?

(i) Parallel to AB and contains D

(iv) Name the plane(s) that contain D and appear to be parallel to plane ABE.

DG, DH and DE all pass through D and are skew to AB.

Only plane DCH contains D and is parallel to plane ABE.

In the diagram given below, lines m, n and k represent three of the oars. If m||n and n||k, then prove m||k.

In the diagram given below, find the slope of each line. Determine whether the lines j1 and j2 are parallel. 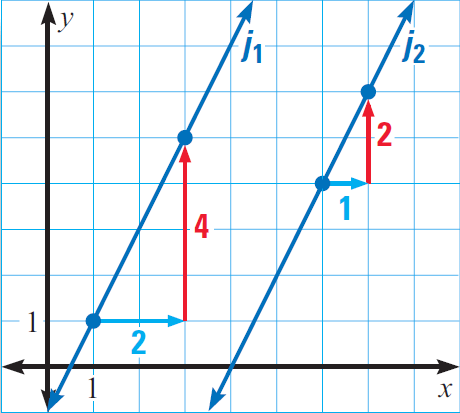 Line j1 has a slope of

Line j2 has a slope of

In the diagram given below,

Write the equation of the line n2. 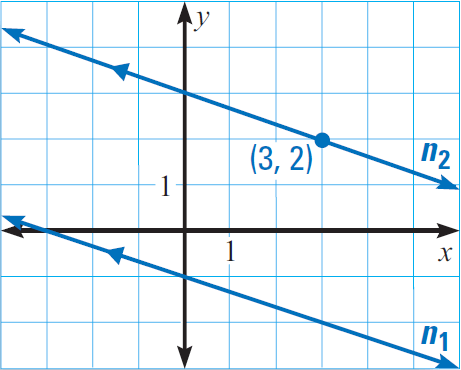 Slope-intercept form equation of a line :

Add 1 to both sides.

The equation of the required line is

Decide whether the lines are perpendicular.

When we compare the given equations to slope intercept equation of a line y = mx + b, we get

Since the product of slopes of the lines is -1, the given lines are perpendicular. 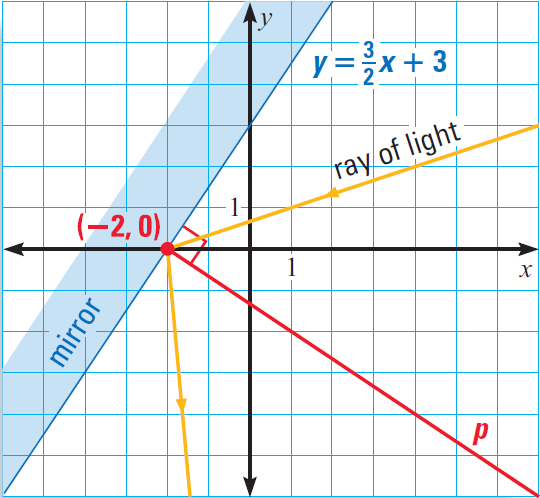 Subtract 4/3 from both sides.

So, the equation of the line p is