OPPOSITE ANGLES OF A CYCLIC QUADRILATERAL ARE SUPPLEMENTARY PROOF 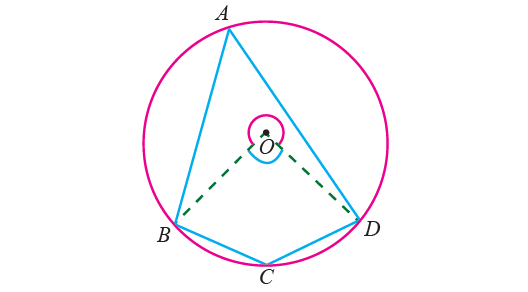 Given : O is the centre of circle. ABCD is the cyclic quadrilateral.

(The angle substended by an arc at the centre is double the angle on the circle.)

ABCD is a cyclic quadrilateral. we have

In triangle ABC we have,

Because AB || DC and AD is tranversal,

In the figure given below, ABCD is a cyclic quadrilateral in which ∠BCD = 100° and ∠ABD = 50° find ∠ADB.