Here you will see some practice problems based on olympiad math.

Let x and y be the number of $2 and $1 coins respectively.

A man had some money in the bank in march. He deposited $125 every month from April to June. At the end of June he had $700. How much money did he have in March ?

Let x be the amount he has in March

From April to June, we have 3 months (April, May and June)

Therefore at March he would have $325.

This graph shows the number of balloons in Ravi's birthday party. Study the graph carefully and answer the question. 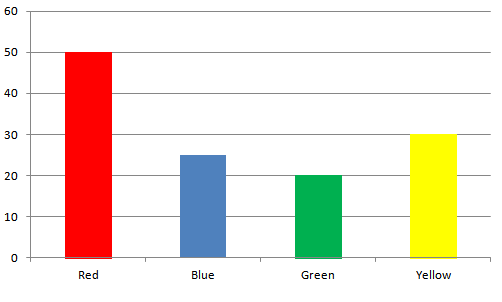 During the party, the children burst half of the red and yellow ballons. How many balloons left after this ?

What is the value of :

Hence the smallest number of marbles in 8 boxes is 29.