Let us see how fraction division can be modeled through some examples.

David has 3/4 cup of salsa for making burritos. Each burrito requires 1/8 cup of salsa. How many burritos can David make ?

To find the number of burritos that can be made, you need to determine how many 1/8 -cup servings are in 3/4 cup.

In the diagram given below, 3/4 of a whole is divided into quarters and into eighths.

Hence, David can make 6 burritos from 3/4 cup of salsa.

Five people share 1/2 pound of cheese equally. How much cheese does each person receive?

In the diagram given below, 1/2 of a whole is divided into halves and into tenths. 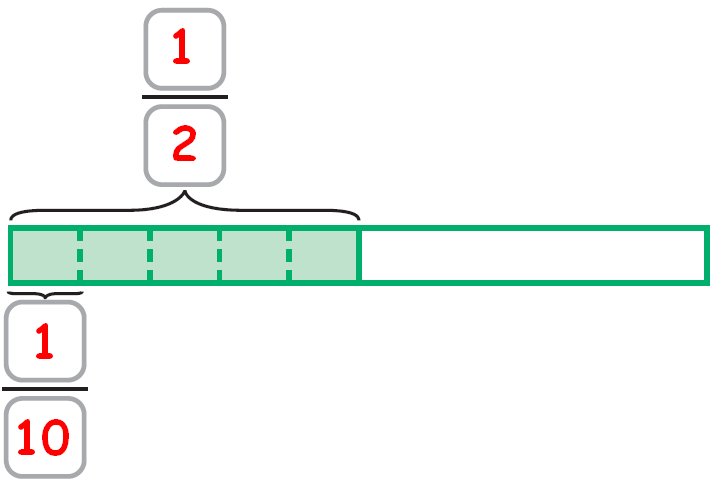 Hence, Each person will receive 1/10 pound of cheese.

After having gone through the stuff given above, we hope that the students would have understood, how to model fraction division.