In a triangle, the segment joining the midpoints of any two sides will be parallel to the third side and half its length.

It has been illustrated in the diagram shown below. 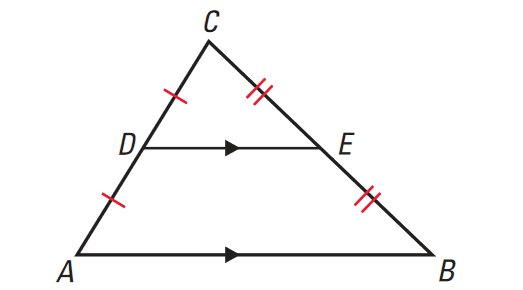 You can form the three midsegments of a triangle by tracing the triangle on paper, cutting it out and folding.

Fold one vertex onto another to find one midpoint. 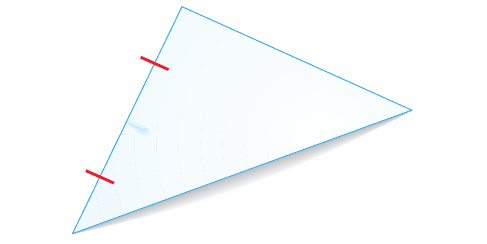 Repeat the process to find the other two midpoints. 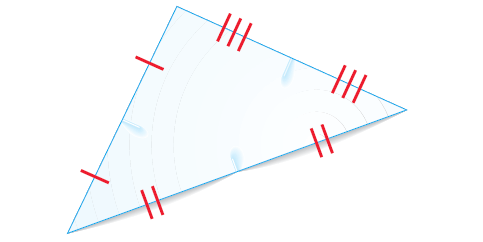 Fold a segment that contains two of the mid points.

Fold the remaining two midsegments of the triangle.

In the diagram given below, show that the midsegment MN is parallel side JK and is half as long. 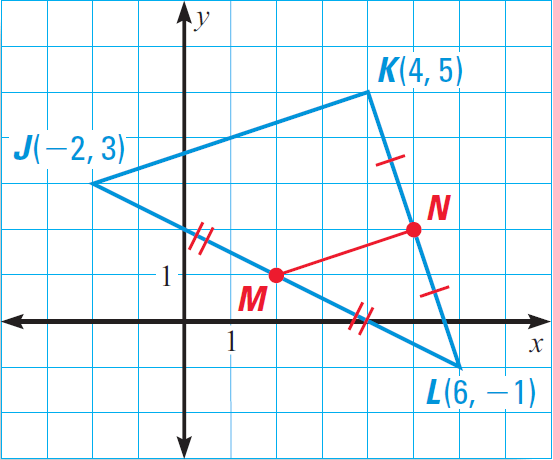 Use the midpoint formula to find the coordinates of M and N.

Now, find the slopes of JK and MN.

Using the distance formula, we have

In the diagram given below, UW and VW are midsegments of triangle RST. Find UW and RT. 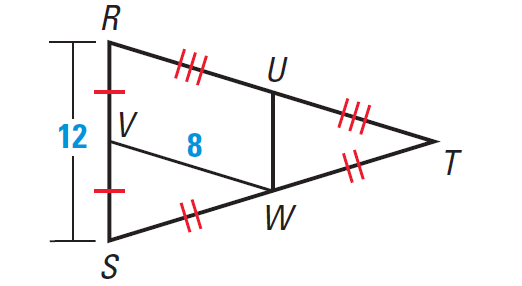 By Midsegment Theorem, we have

Write a coordinate proof of the Midsegment Theorem.

Place points A, B and C in convenient positions in a coordinate plane such that each coordinate is a multiple of 2.

(If each coordinate is a multiple of 2, it will be easier to divide by 2, when we find the mid point.) 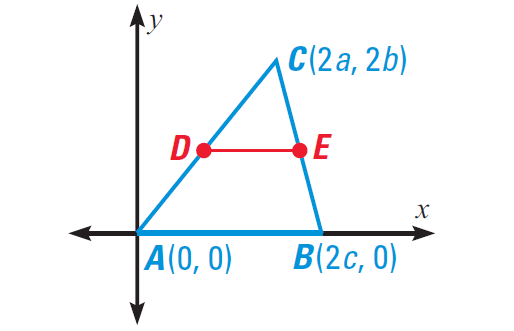 Find the slope of midsegment DE :

Find the slope of AB :

The side AB is on x-axis.

Find the lengths of DE and AB :

Connect these midpoints to form the midsegments PQ, QR and PR. 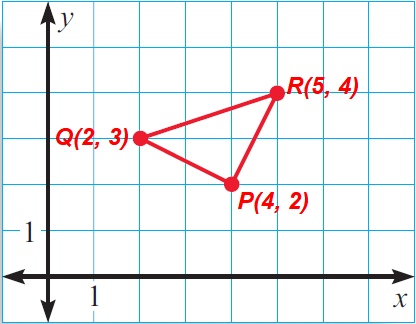 Find the slopes of the midsegments.

Slope of the midsegment PQ :

Slope of the midsegment QR :

Slope of the midsegment PR :

Each midsegment contains two of the triangle's midpoints and is parallel to the side that contains the third midpoint.

Now, we know a point on each side of the triangle and the slope of each side.

Let us consider a line through the midpoint P and parallel to QR.

Using the slope 1/3, we can draw a line through the midpoint P and parallel to QR as shown below. 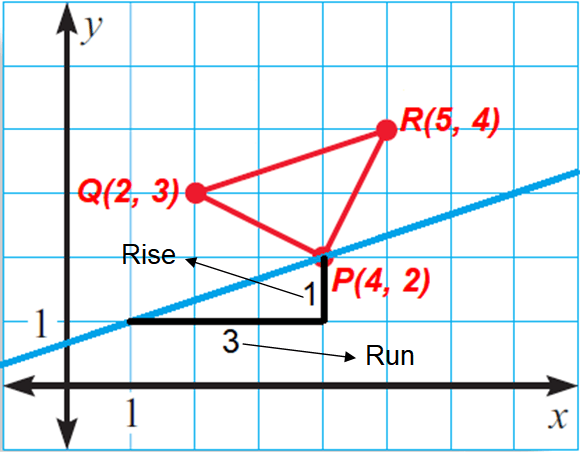 Similarly we can draw the other two lines through the midpoints Q, R and parallel to the midsegments PR and PQ respectively as shown below. 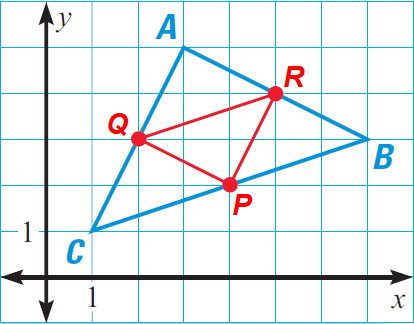