Median is one of the measures of central tendency which can be defined as follows.

Since the 4th term i.e. 68 in this new arrangement is the middle most value, the median mark is68

However, to bring uniqueness, we take the arithmetic mean of the two middle-most values, whenever the number of the observations is an even number.

Thus, the median wage in this example, would be

If a data set has n items and n is odd, then the median will be the

If a data set has n items and n is even, then the Median will be the average of

We may consider the following formula, which can be derived from the basic definition of median.

l2 being the upper class boundary of the median class. 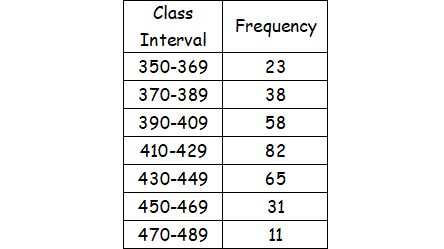 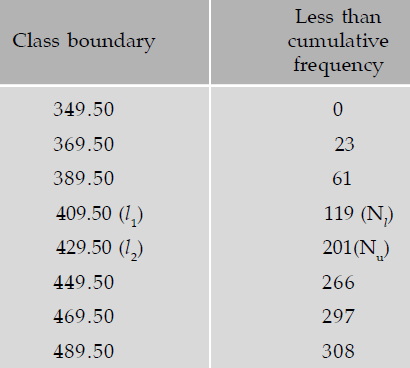 For the given data, the formula to find median is given by

Substitute these values in the above formula.

1)  If x and y are two variables, to be related by y=a+bx for any two constants a and b, then the median of y is given by

For example, if the relationship between x and y is given by

3)  We cannot treat median mathematically, the way we can do with arithmetic mean.

6)  It is not based on all the observations.

7)  It is not much affected by sampling fluctuations.

8) It is the most appropriate measure of central tendency for an open-end classification.