We can find and calculate measures of center and spread from a dot plot.

A baseball team manager records the number of runs scored by the team in each game for several weeks.

(i)  Make a dot plot to know how the data is distributed.

(ii)  Find the mean, median, and range of the data.

(iii)  How many runs does the team typically score in a game? Explain.

In the given data, we have values range from from 0 to 11.

Draw a dot above the number line for each data value. 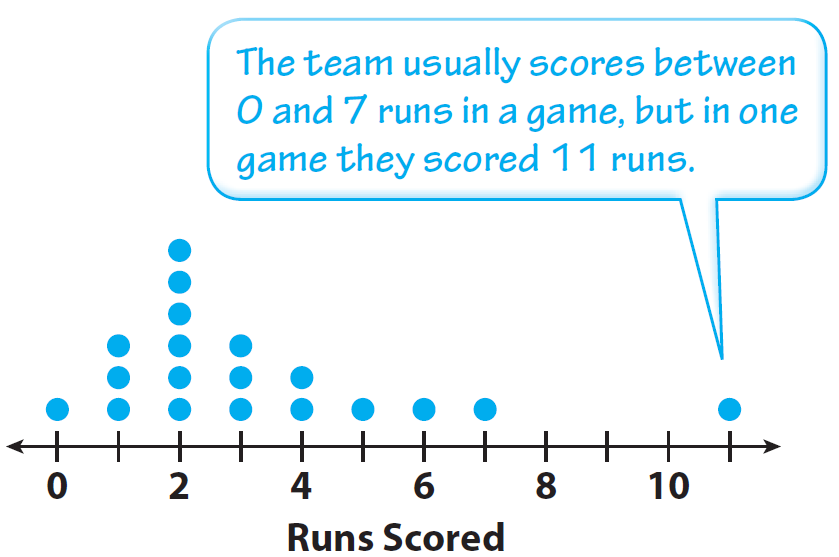 To find the mean, find the sum of the data values and divide by the number of data values.

So, the mean is

To find the range, read the least and greatest values from the dot plot. Subtract the least value from the greatest.

The shape of the dot plot suggests that the out lier 11 may be affecting these measures of center. To see if that is the case, find the mean and median without including the out lier. Compare these values with the original values.

Find the mean without including the out lier.

Find the median without including the outlier.

Counting from left to right, the median is still 2.

Given that it is not affected by the out lier, the median may be more typical of the data. The team typically scores two runs per game.