In math data means combinations of items organized in rows and multiple variables organized in columns. Data are results of measurements and can be visualized using graphs and charts.

Decade is a period of 10 years. For example, decade of the 20th century.

A polygon having 10 angles and 10 sides.

In geometry, decahedron is a polyhedron with 10 faces.

Decimal is a real number system based on 10. Examples are Roman numerals, Brahmi, numerals, Hindu-Arabic numerals and Chinese numerals.

The lower part of the fraction is called denominator.

In number theory, proof based on logical arguments that is justified by axioms or theorems. Deductive reasoning showing certain statements follow logically some stated assumptions.

A line segment that connects two non-consecutive vertices of a polygon.AC and BD are diagonals of the square ABCD.

Division is nothing but splitting in to equal parts. Let us consider the following example.

There are 8 biscuits, and 4 friends want to share them, how do they divide the biscuits ? 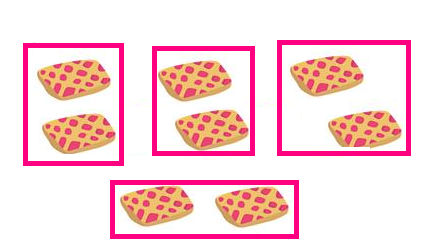 Divisibility Test is the topic in which we are going to see the shortcuts to predict one number is divisible by another number with out doing too much calculation.

Two or more sets are said to be disjoint if they have no common elements.Disjoint-sets are also known as non overlapping sets.

Day Arithmetic is one of the important topic which is given some considerable weight age in SAT exam and other competitive exams.

If the divisor m = 7, then the arithmetic modulo 7 is called the day clock arithmetic. The remainders are 0, 1, 2, 3, 4, 5, 6 correspond to week days Sunday, Monday, Tuesday, Wednesday, Thursday and so on.

In mathematics we have different forms of numbers. The classification of numbers are natural number, whole number,Integer, fractions, decimals, percents, irrational and rational numbers, real numbers and complex numbers.

Division of polynomials involves two cases, the first one is simplification,which is reducing the fraction and the second one is long division.

Diameter is the line which connect two ends of the circle and passing through the center. 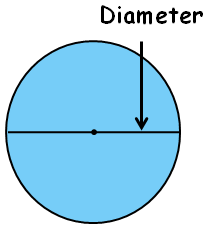 The process of mathematical induction can be used to prove a very important theorem in mathematics known as De Moivre's theorem.

In a diagonal matrix all the entries along the diagonal are zero.

A basic concept of integral calculus is limit. Generally the concept integration is used to find area between curves within certain limit.

When the relation between x and y is given by an equation in the form of f(x, y)  =  0 and the equation is not easily solvable for y, then y is said to be implicit function.