The bottom of the solid, shape or 3 dimensional object. All the objects or solids rests on base. Base is used as a reference side for measurements. So base is a surface on which the solid or surfaces rests on. 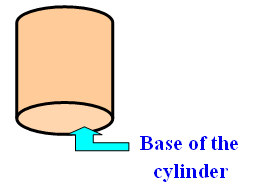 It refers to the numbering system in common use. For example in 325, 5 stands for ones, 2 stands for tens and 3 stands for hundreds.

Each one is power of tens.

Bar charts are used to mark clear data which has learned values.It is very useful to record information whether it is continuous or not continuous. Bar charts also look like histogram, but they are not same. In the below graph you can see how many likes red,green,blue and yellow color. 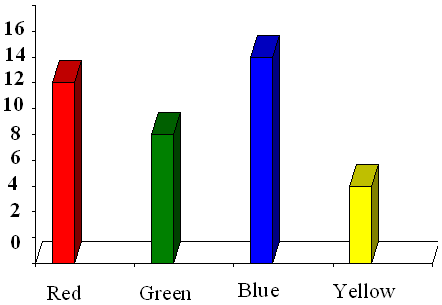 It is an acronym for order of operations in algebra. In math problems involving different operations, order is necessary to get the exact answer. Each letter stands for each operation.

B or P stands for bracket or parenthesis

A stands for addition

It is used to described the mathematical (statistical) concept normal distribution. 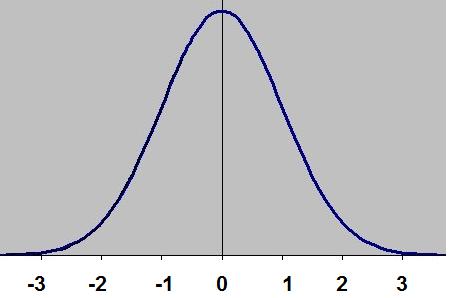 A line which cuts an angle or a line into two equal parts is called as bisector. 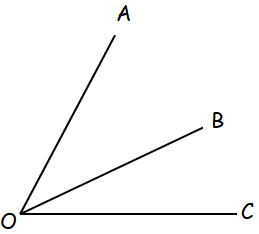 If a straight line is drawn parallel to one side of a triangle, it cuts the other two sides proportionally. That is 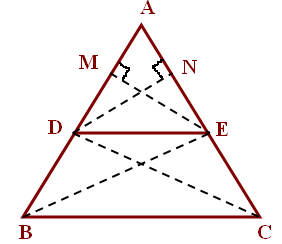 A polynomial equation with two terms are called binomial.

Box and whisker-plot is the graph used in statistics to represent the central 50% of the values of a data set.

The picture figure given below clearly illustrates this.

When data are collected on two variables simultaneously, they are known as bivariate data and the corresponding frequency distribution, derived from it, is known as Bivariate Frequency Distribution.