Math Dictionary-O deals with the words starting with the letter O.

An angle that is not a right angle or multiple of a right angle. That is an angle which can be acute or obtuse.

An angle whose measure is more than 90ᵒ is called obtuse angle..

A triangle with one obtuse angle. 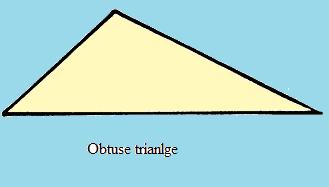 A polygon with 8 sides and 8 angles.

In geometry a polygon with 8 faces are called octahedron. 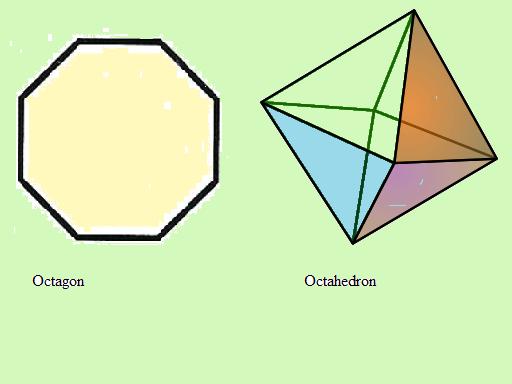 Odds are an alternative way of expressing the likely hood of an event in statistics.

In statistics, Ogive curve is a graph showing the curve of cumulative distribution function.

The basic operations in math are addition, subtraction, multiplication and division.

Opposite rays are two rays that start from a common point and go off in the opposite directions.

Sequence of number arranged either in ascending or descending array. Order of a polynomial,order of operations: rules in which the operations should be performed.

When objects are placed in order, we use ordinal numbers to tell the position of the number.

A special point usually denoted by 'O' used as a fixed point of reference in geometry. In graph where x and y axes meets, whose coordinates are (0,0).

In vector theory, a set of vectors is called pairwise orthogonal if each pair of them is orthogonal.

Ounce abbreviated as oz is a unit of mass equal to 1/16 pound.

We had seen words starting with 'O' in this page math dictionary-O.

We will update regularly the page math dictionary-o. We welcome your valuable suggestions. You can use the box given below to express your views and suggestions.