Math Dictionary-L deals with words starting with the letter L

Laplace transform is an integral transform widely used in math, with many applications of physics and engineering.

Lateral area is the surface area of a three dimensional objects excluding their bases.

LCM is the least multiple of common multiples of two numbers.

To find the LCM first we have to find the multiples of 5 and 6.

In linear equation the highest power of the variables x and y always be 1 .So if we graph this equation we will get the line in the graph.The general form of any linear equation is ax+by+c=0

A set of points that extend infinitely in opposite directions is called line. We use the symbol. The line has many points.

More words on math dictionary-l are as follows:


The path traced by a point when it is moving with a specific geometrical conditions is called the locus of the point. 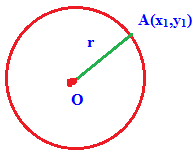 In math logarithm is an inverse operation to exponents.

We have four laws in set operation.Those are
1. Identity laws:

We had given most of the words starting with the letter 'L' in this page 'Math dictionary-L'.

We will update this page 'Math Dictionary-l' regularly .  We welcome your valuable suggestions. Please use the box given below to convey your ideas or suggestions.