Drawing a Locus Satisfying One Condition

A locus is often described as the path of an object moving in a plane.  For instance, the reason that many clock faces are circular is that the locus of the end of a clock’s minute hand is a circle.

To find the locus of points that satisfy a given condition, use the following steps.

1. Draw any figures that are given in the statement of the problem.

2. Locate several points that satisfy the given condition.

3. Condition drawing points until you can recognize the pattern.

4. Draw the locus and describe it in words.

Draw point C on a piece of paper.  Draw and describe the locus of all points on the paper that are e inches from c.

Recognize a pattern: the points lie on a circle.

Draw the circle using compass as shown below.

The locus of points on the paper that are e inches from C is a circle with center C and a radius of  3 inches.

Points A and B lie in a plane.  What is the locus of points in the plane that are equidistant from points A and B and are a distance of AB from B ?

The locus of all points that are equidistant from A and B is the perpendicular bisector of AB as shown below. 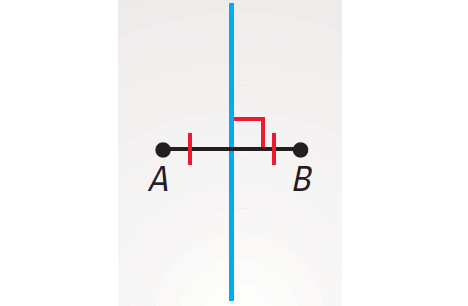 The locus of all points that are a distance of AB from B is the circle with center B and radius AB as shown below. 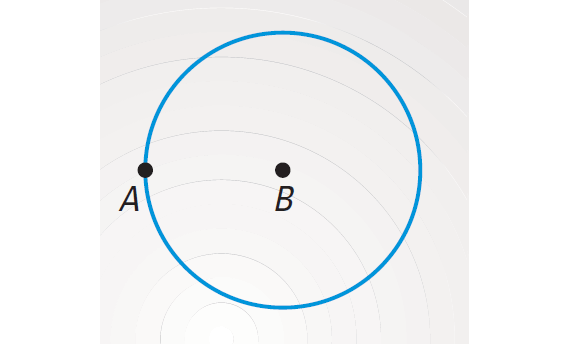 These loci intersect at D and E.  So D and E are the locus of points that satisfy both conditions. 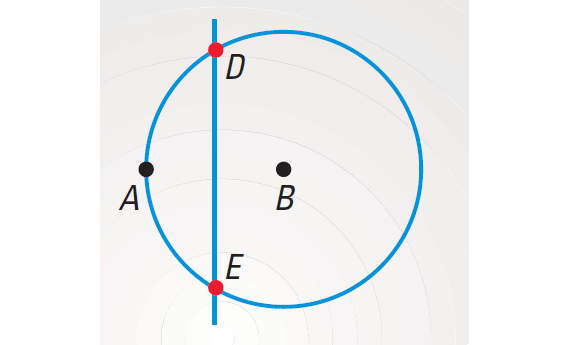 The locus is two points : 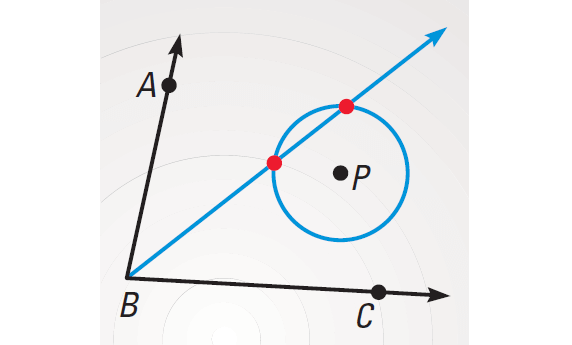 The locus is one point : 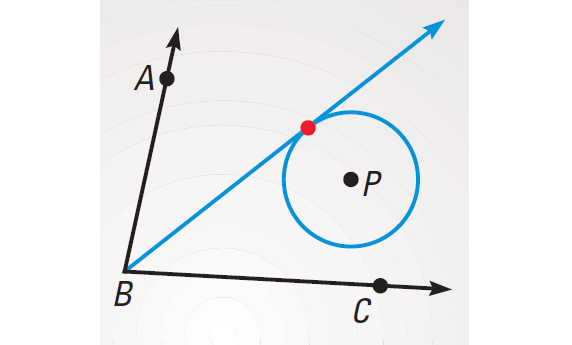 The locus is zero points : 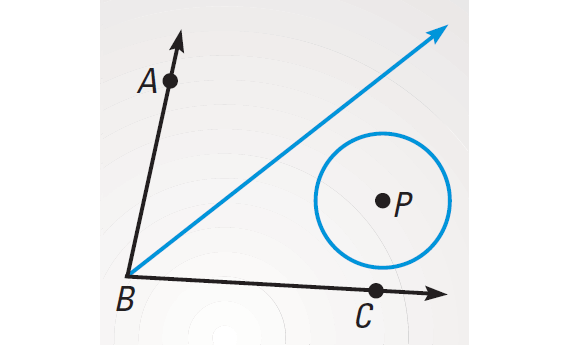 We have the following readings of an earthquake from three seismographs.

Where is the epicenter ?

Each seismograph gives us a locus that is a circle. 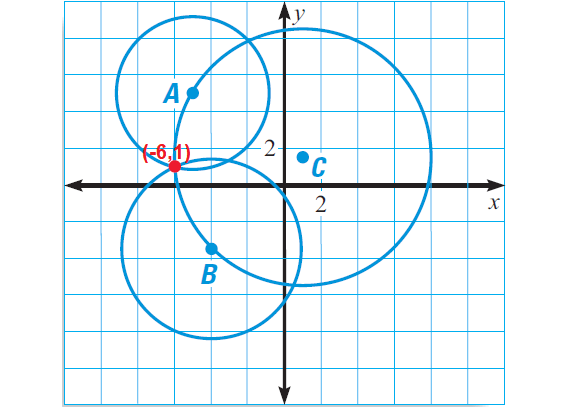 In the diagram above, three circles intersect at (-6, 1).