The calculator provided in this section can be used in analytical geometry calculation in order to find out the linear interpolation unknown value which lies between the two known rates.

Let the points (x1, y1), (x2, y2) and (x3, y3) be on the same straight line on the xy plane. This calculator can be used to find out the unknown value which lies between the two known rates.

Linear interpolates between each pair of the given two points for set of data points can be calculated from the general formula : 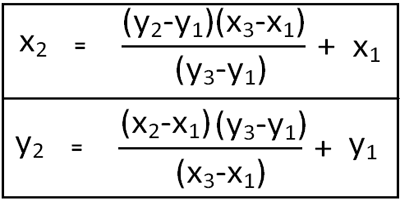