The graph given below represents the linear equation 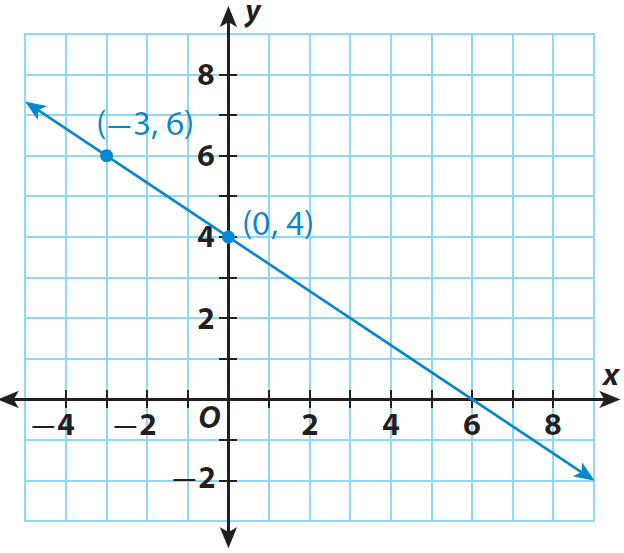 Compare your answer in Step 4 with the equation of the line.

After having discussed the above four steps, can we find the slope and y-intercept from the equation y = (-2/3)x + 4 without any calculation ?

The coefficient of x is slope and the number added to x-term is y-intercept.

When can we find the slope and y-intercept of a line directly from the equation without any calculation ?

we will be able to get slope and y-intercept of the line directly from the equation without any calculation.

And also, the form y = mx + b is called slope intercept form equation of a straight line.