INSCRIBED ANGLES IN A CIRCLE

Theorem (Measure of an Inscribed Angle)

If an angle is inscribed in a circle, then its measure is half the measure of its intercepted arc.

It has been illustrated below.

If two inscribed angles of a circle intercept the same arc, then the angles are congruent.

It has been illustrated below. 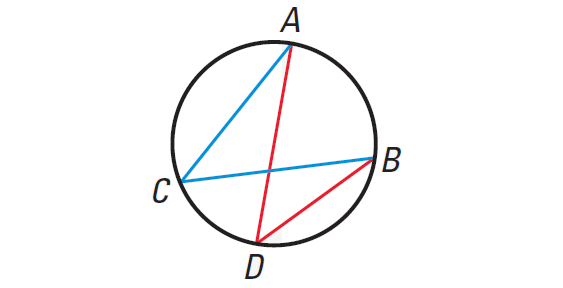 Find the measure of the blue arc.

Find the measure of the blue arc.

Find the measure of the blue angle. 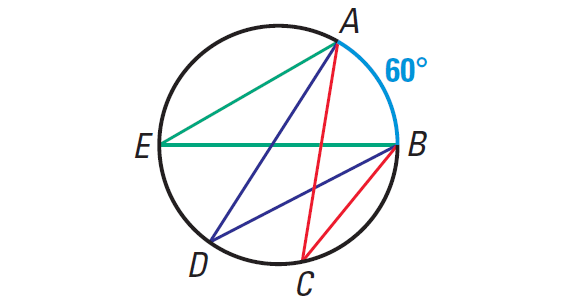 In the diagram shown above, the inscribed angles m∠ACB, m∠ADB, and m∠AEB intercept the same arc AB.

Finding the Measure of an Angle

Using the Measure of an Inscribed Angle

When we go to the movies, we may want to be close to the movie screen, but we don’t want to have to move our eyes too much to see the edges of the picture.

In the diagram shown below, if E and G are the ends of the screen  and we are at F, m∠EFG is called our viewing angle. 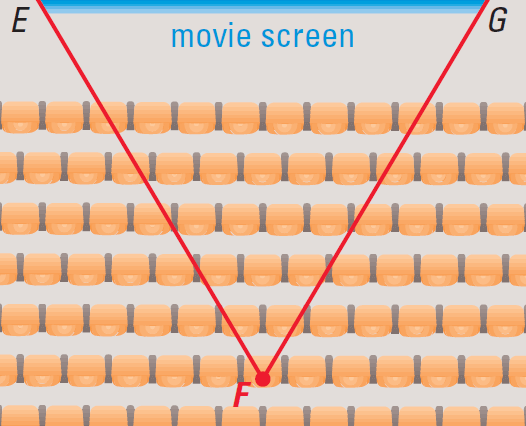 We decide that the middle of the sixth row has the best viewing angle.  If someone is sitting there, where else can we sit to have the same viewing angle ?

Draw the circle that is determined by the endpoints of the screen and the sixth row center seat. Any other location on the circle will have the same viewing angle as shown below. 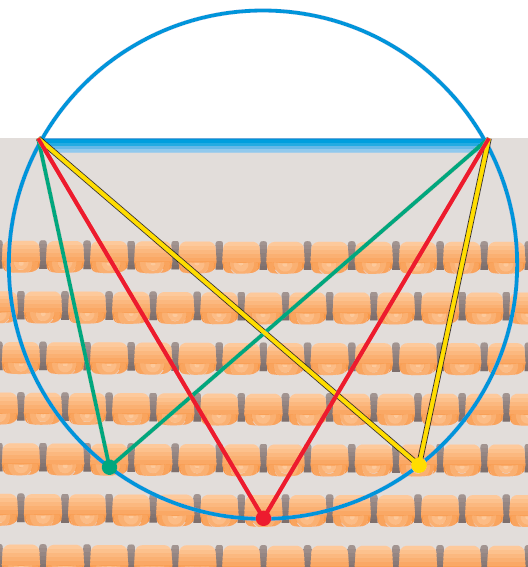