Understand that positive and negative rational numbers are used together to describe quantities having opposite directions or values.

Positive rational numbers are numbers greater than 0. Positive numbers can be written with or without a plus sign.

Negative numbers must always be written with a negative sign.

Two rational numbers are opposites, if they are the same distance from 0 but on different sides of 0.

It has been clearly illustrated in the picture given below.

The table shows the change in value of a stock over two days.

Graph the change in stock value for Wednesday and its opposite on a number line.

Graph the change in stock value for Wednesday on the number line. 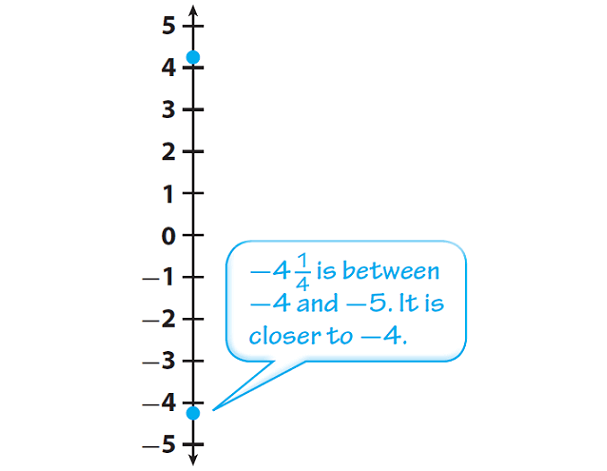 The absolute value of a rational number is the number’s distance from 0 on the number line.