HOW TO FIND THE RANK OF 3X3 MATRIX

To define rank, we require the notions of submatrix and minor of a matrix.

The determinant of any square submatrix of the given matrix A is called a minor of A.

If the square submatrix is of order r, then the minor is also said to be of order r.

(ii) The rank of the identity matrix In is n.

(v) A square matrix A of order n has inverse

(i) The first element of every non zero row is 1.

(ii) The row which is having every element zero should be below the non zero row.

By elementary operations one can easily bring the given matrix to the echelon form.

Find the rank of the matrix. 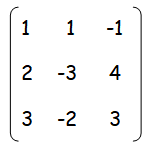 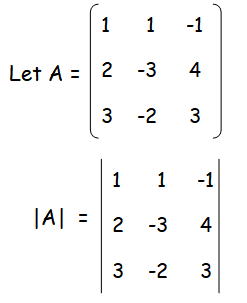 Since the given matrix in non singular matrix, it has inverse. ρ(A)  =  2. 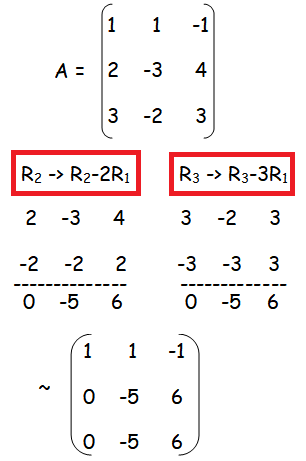 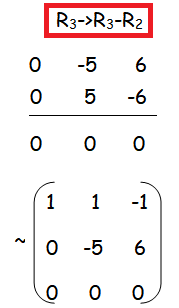