One type of transformation is a translation.

A translation can move the graph of a function up, down, left or right.

The translation occurs when the location of a graph changes but not its shape or orientation.

In other words, a translated graph is congruent to the original graph.

Points on the original graph correspond to points on the transformed, or image, graph. The relationship between these sets of points can be called a mapping. 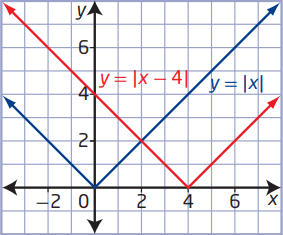 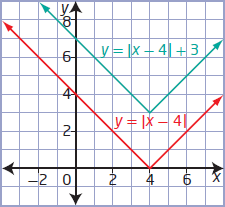 In general, the transformation can be described as 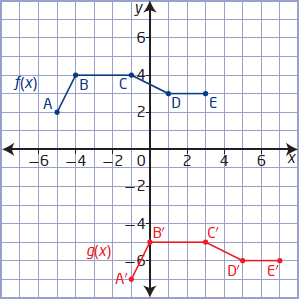 By observing x-coordinates of f(x) and g(x),

Applying the values of h and k, we get

What vertical translation is applied to y = x2 if the transformed graph passes through the point (4, 19)?

By analyzing the y-coordinate of the given point, we have 19.

So, the required vertical translation is 3 units up.