Once the data is selected, it has to be presented in a neat and precise manner such that any one can understand.

To present the date in a neat and precise manner, we have to group the data in intervals.

(i)  Use a dot plot to represent the data.

(iii) Analyze the data. How were the data collected ? How many data values are there ? What are the mean, median, range, and IQR of the data ? 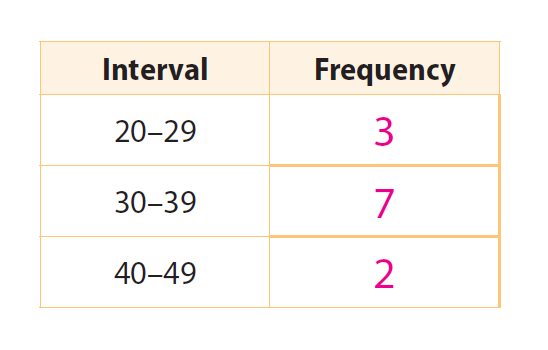 A birdwatcher counts and records the number of birds at a bird feeder every morning at 9:00 for several days.

(i)  Make a frequency table.

(ii)  Use histogram to represent the data.

(iii) Suppose the birdwatcher continues his observation for three more days and collects these new data values: 5, 18, and 2. How could we change the histogram to include the data ? 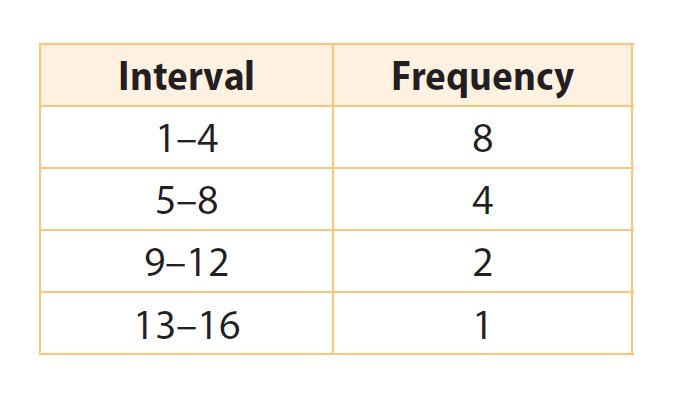 The intervals are listed along the horizontal axis. The vertical axis shows the frequencies. For each interval, draw a bar to show the number of days in that interval. The bars should have equal widths. They should touch but not overlap. 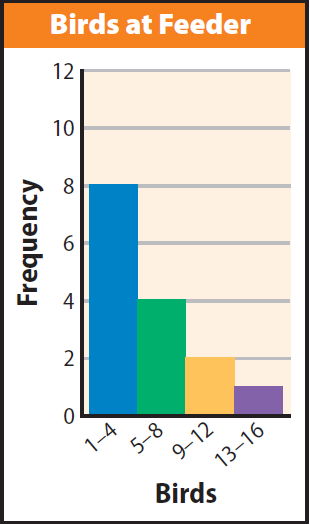 The dot plot shows all the data values, so you  can find the median and calculate the mean. The frequency table groups data into intervals, so you can’t see the individual data values.

Count the number of dots; find the sum of the frequencies.