The graph of the polar equation which in the form of

will produce rose curves. They are called rose curves because the loops that are formed by resemble petals. 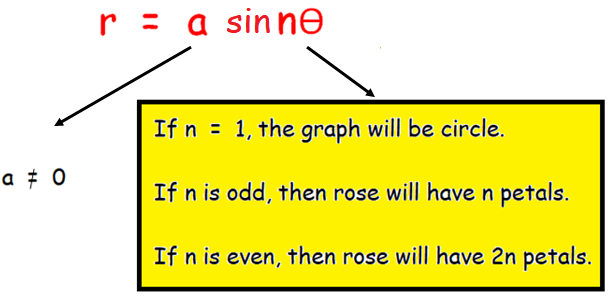 Where will be each petal ? 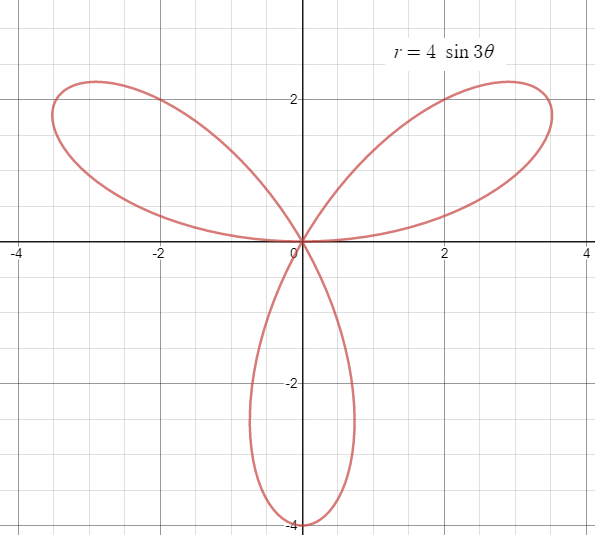 (c)  Graph r  =  5 sin 3θ over 0 ≤ θ ≤ 2π, using petals tips as guide. Identify the starting point use arrows to indicate the directions of motion and find the number of petals accordingly. 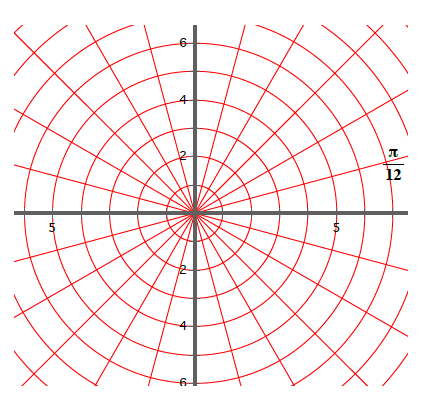 (a)  Since the value of n is more than 1, it will give rose curves. 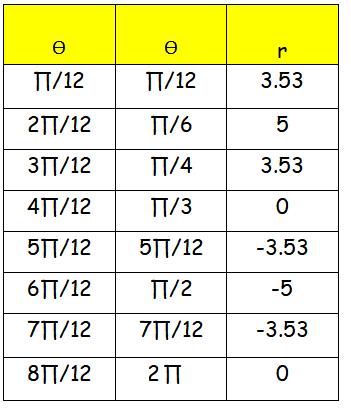 Like this by applying some more values, we will get another rose petal and that will lie on y axis. 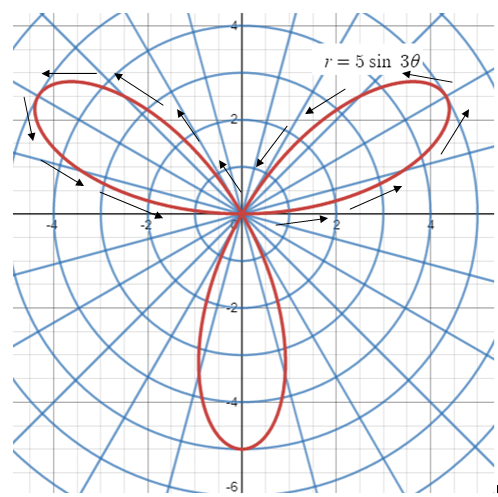 Total number of petals is 3.