How translations are associated with Sinusoids ?

There is a special vocabulary used to describe some of our usual graphical transformations when we apply them to sinusoids.

Horizontal stretches and shrinks affect the period and the frequency.

(where a ≠ 0 and b ≠ 0) have the following characteristics:

When compared to the graphs of y = a sin bx and y = a cos bx, respectively, they also have the following characteristics:

a phase shift of h

a vertical translation of k.

Graphically, the amplitude is half the height of the wave.

Graphically, the period is the length of one full cycle of the wave.

What is phase shift ?

In mathematics, a horizontal shift of a trigonometric function may be referred to as a phase shift.

What is vertical translation ?

First let us draw the curve for y = 2sinx 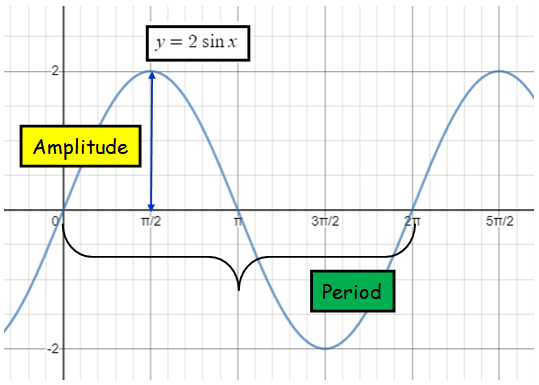 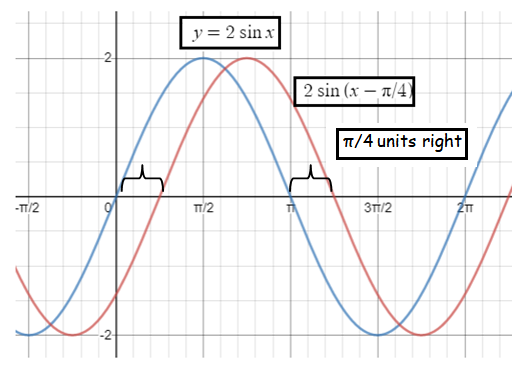 Since we have -2 as the coefficient of sin, we do reflection. 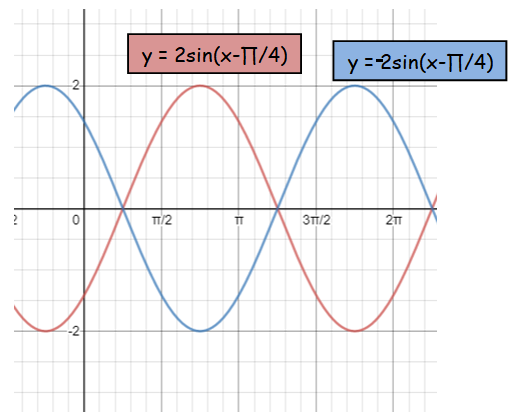 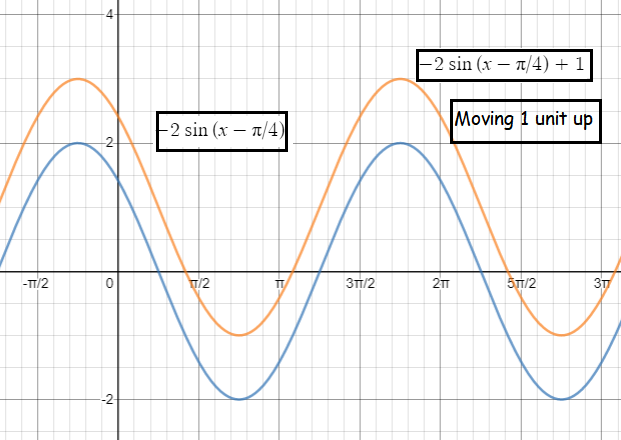 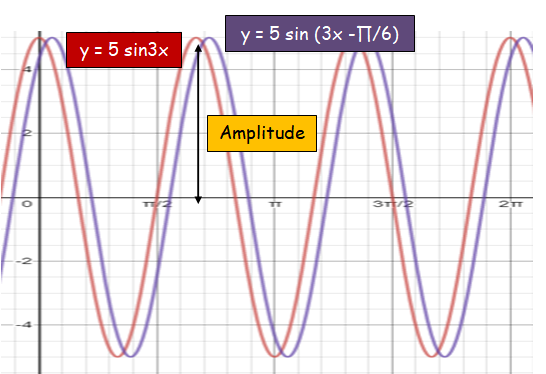 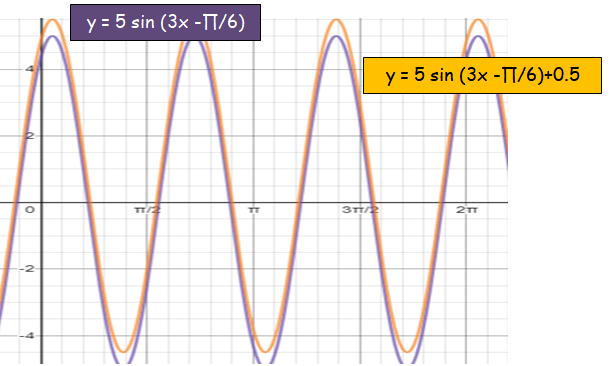 After having gone through the stuff given above, we hope that you have understood the concept of graphing a sinusoidial functions.