Use geometry software to draw a triangle whose sides have the following lengths: 2 units, 3 units, and 4 units. 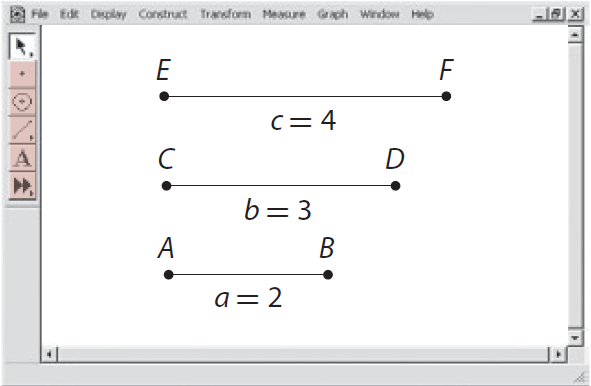 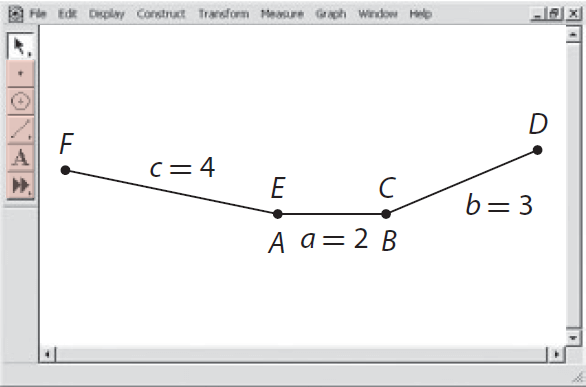 Using the points C and E as fixed vertices, rotate points F and D to see if they will meet in a single point. 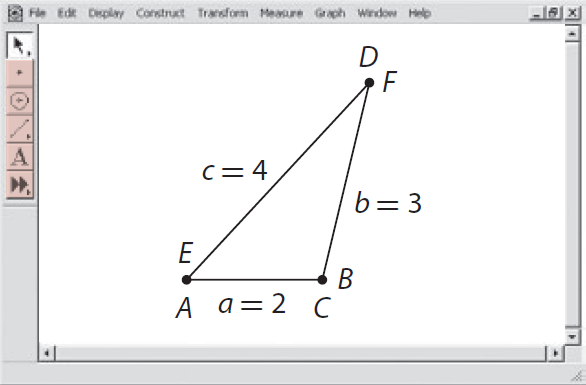 Note that the line segments form a triangle.

Repeat step 1 and step 2, but use a different segment as the base. Do the segments form a triangle? If so, is it the same as the original triangle ?

Yes; the triangle has the same size and shape as the original.

Do two segments of lengths a and b units and a longer segment of length c units form one triangle, more than one, or none ?

Two Angles and Their Included Side

Use a ruler and a protractor to draw a triangle for the given measures.

Length of included side : 2 inches

Use a ruler to draw a line that is 2 inches long. This will be the included side.

Place the center of the protractor on the left end of the 2-in. line. Then make a 30°-angle mark.

Repeat Step 2 on the right side of the triangle to construct the 80° angle. 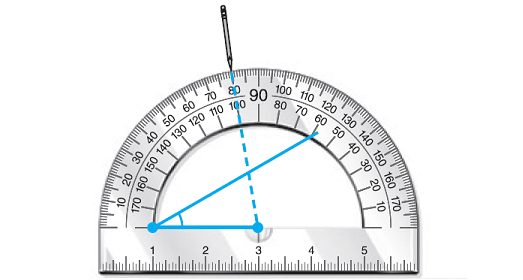 Will a triangle be unique if you know all three angle measures but no side lengths ?

Yes, the two angles and the length of the included side determine the point at which the sides meet. The triangle is unique.