A numerical expression is a mathematical sentence involving only numbers with some operations like addition, subtraction, multiplication division etc.,

Let us consider the numerical expression which is given below.

In this numerical expression, two operations are used. One is exponent and other one is addition.

To generate the equivalent numerical expression, we have to simplify.

To get equal numerical expression to  92 + 19,  first we apply the operation "exponent", then we apply "addition"

Sometimes, we may get confused in the order of taking operations.

To know the order of operations, we have to be aware of "Bodmas rule"

What is BODMAS rule ?

The rule or order that we use to simplify expressions in math is called "BODMAS" rule.

1. In a particular simplification, if you have both multiplication and division, do the operations one by one in the order from left to right.

2. Division does not always come before multiplication. We have to do one by one in the order from left to right.

3. In a particular simplification, if you have both addition and subtraction, do the operations one by one in the order from left to right.

To have better understanding on BODMAS rule, let us look at some more examples. 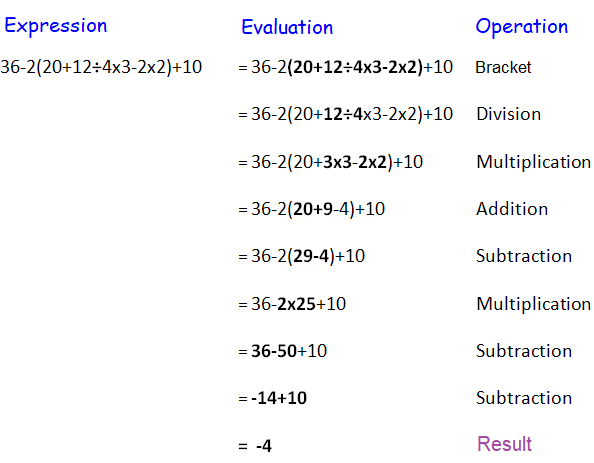