A frequency curve is a smooth curve for which the total area is taken to be unity. It is a limiting form of a histogram or frequency polygon.

The frequency curve for a distribution can be obtained by drawing a smooth and free hand curve through the midpoints of the upper sides of the rectangles forming the histogram. 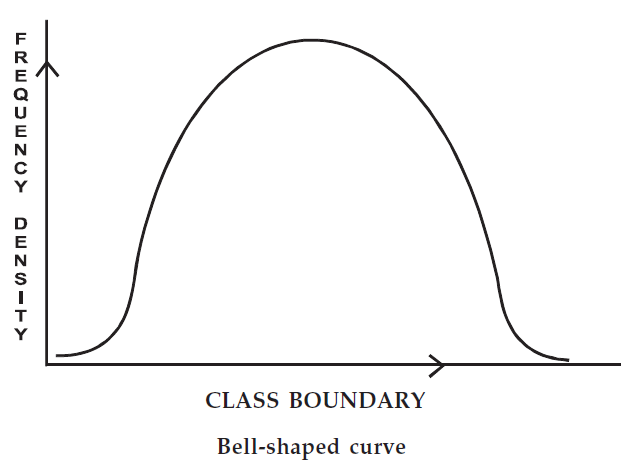 Most of the commonly used distributions provide bell-shaped curve, which, as suggested by the name, looks almost like a bell.

The distribution of height, weight, mark, profit etc. usually belong to this category.

On a bell-shaped curve, the frequency, starting from a rather low value, gradually reaches the maximum value, somewhere near the central part and then gradually decreases to reach its lowest value at the other extremity. 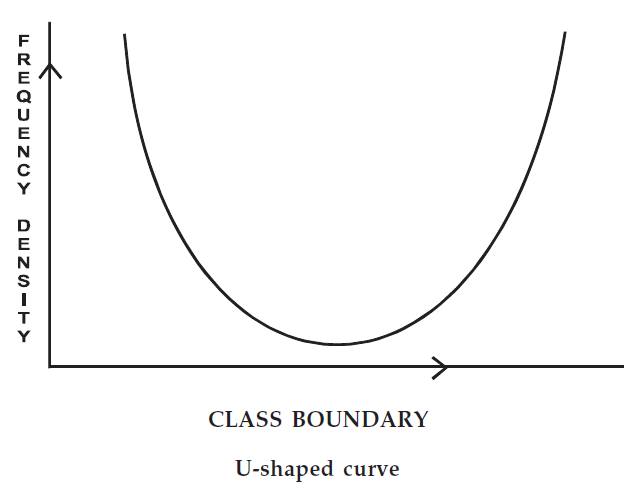 For a U-shaped curve, the frequency is minimum near the central part and the frequency slowly but steadily reaches its maximum at the two extremities.

The distribution of Newyork bound commuters belongs to this type of curve as there are maximum number of commuters during the peak hours in the morning and in the evening. 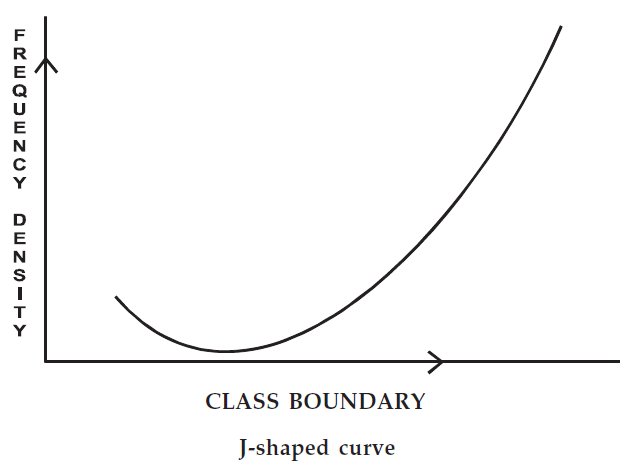 The distribution of commuters coming to Newyork from the early morning hour to peak morning hour follows such a distribution. Sometimes, we may also come across an inverted J-shaped frequency-curve. 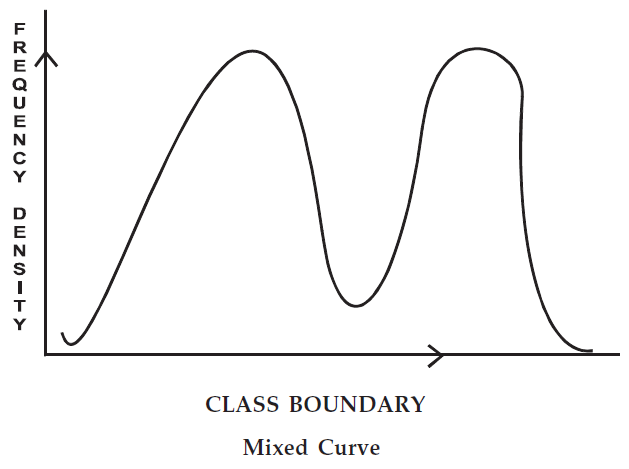 Lastly, we may have a combination of these frequency curves, known as mixed curve.

1. Frequency-curve is a limiting form of

2. Most of the commonly used frequency-curves are

3. The distribution of profits of a company follows