John's family expenses are 7000 dollars a month. He made a pie chart on their expenses for food, housing, saving, clothing, entertainment and music as shown below. How much money does he spend for clothing and entertainment ? 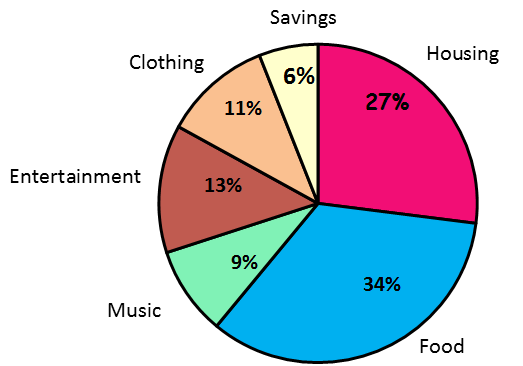 To find the exact amount, we need to calculate 24% of his salary.

So, John spends $1680 for clothing and entertainment.

Nanyung university offers four applied majors and monitors the number of students in each. 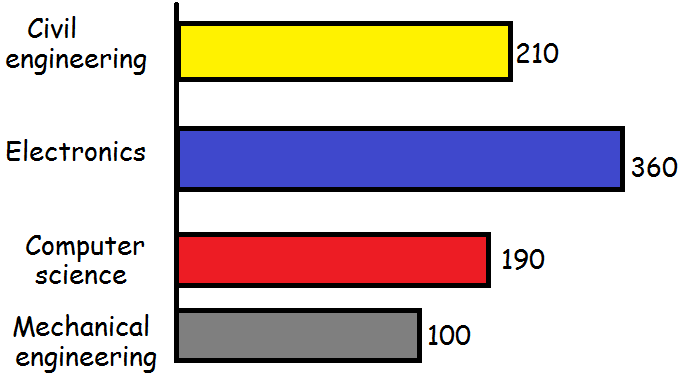 What fraction of the students in applied majors are majoring in computer science ?

The graph below shows the information on the number of farm animals owned by Betty. 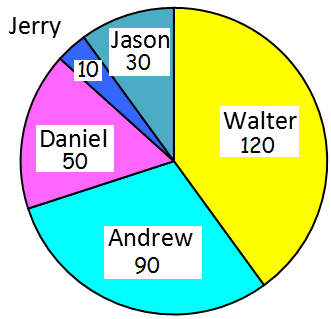 (i)  What is the total percentage of animal owned by Jason and Walter ?

(ii)  How many animals are owned by Daniel ?

Percentage of animals owned by Jason  =  30%

Percentage of animals owned by Daniel  =  50%

From this we have to understand that, Daniel is having 50% of animals in total number of animals

Total number of animals that Daniel has

A band from Bloomington went on tour over the summer, and each member chipped in for the cost of gas. 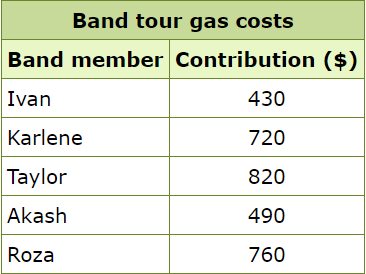 What fraction of the gas money came from Karlene ?

Total contribution for gas costs is

Amount contributed by Karlene is $720.

Fraction of the gas money came from Karlene is

A cheese merchant in Springfield sells cheeses from a variety of regions, and he noted how much from each region was sold last year. 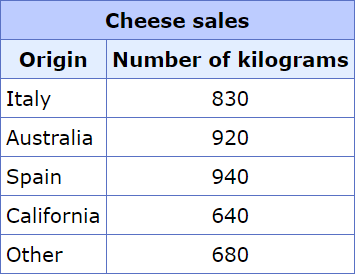 What fraction of the cheese sold was from Spain ?

Total amount of cheese sold (in kilograms) is

Amount of cheese from Spain is 940 kg.

Fraction of the cheese sold was from Spain :