FINDING THE AREA OF A TRAPEZOID

The area of a trapezoid is half its height multiplied by the sum of the lengths of its two bases.

Going through the history of ancient period and also that of medieval period, we do find the mention of statistics in many countries. 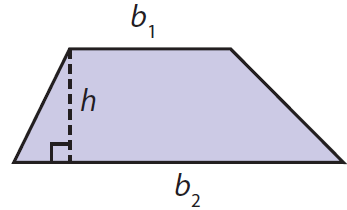 Relationship between Parallelogram and Trapezoid

The length of the base of the parallelogram is the sum of the lengths of the two bases (b₁ and b₂) of the trapezoid. 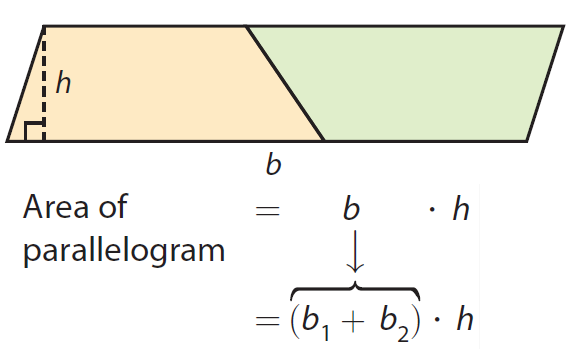 A section of a deck is in the shape of a trapezoid. What is the area of this section of the 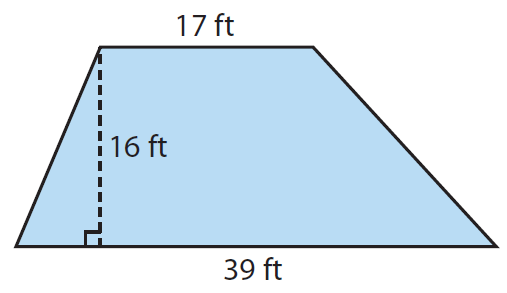 Area of the trapezoid is

The length of one base of a trapezoid is 27 feet, and the length of the other base is 34 feet. The height is 12 feet. What is its area?

Area of the trapezoid is

Simon says that to find the area of a trapezoid, you can multiply the height by the top base and the height by the bottom base. Then add the two products together and divide the sum by 2. Is Simon correct? Explain your answer.

Simon uses the Distributive Property to multiply each base by the height. Then he finds the sum BY multiplying by 1/2 is the same as dividing by 2.

The height of a trapezoid is 8 in. and its area is 96 square inches. One base of the trapezoid is 6 inches longer than the other base. What are the lengths of the bases?

One base of the trapezoid is 6 inches longer than the other base.

Subtract 2 from each side.

So, the lengths of the bases are 15 inches and cm and 9 inches.