Place bar every pair of digits starting with unit digit. Each set of numbers or a single number is called period. The number  of bars denotes the number of digits in the square root.

Now we need to put the largest square less than or equal to the first period. Write the square root  of this number as divisor as well as quotient

Subtract the product of the divisor and quotient from the period and write the next period to the right side of the remainder.

Now we have to double the quotient as it appears and enter it with a blank on the right for the next digit as the next possible divisor.

Repeat the last two steps until the period getting finished 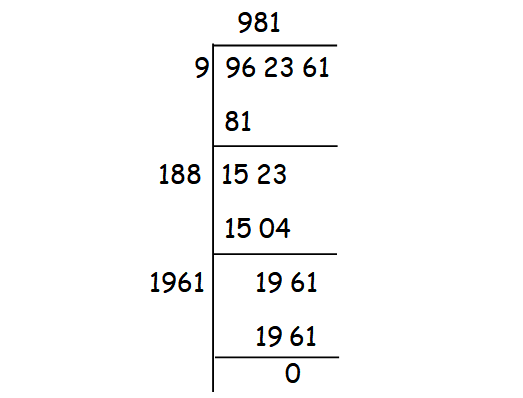 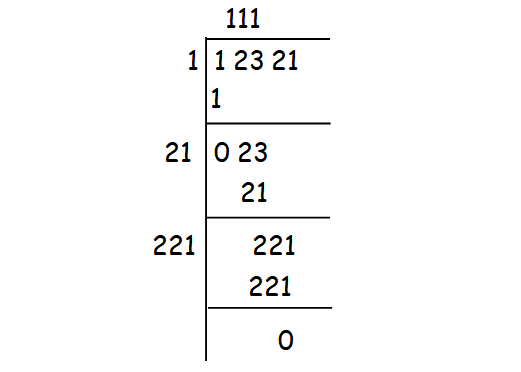 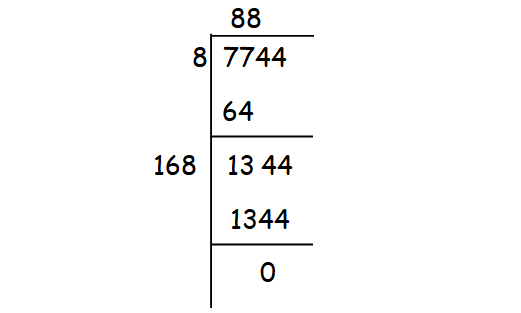