FIND A POINT GIVEN DISTANCE FROM ANOTHER POINT ALONG A LINE

Here we are going to see how to find a point or points on a straight line which is at a particular distance from the line.

A straight line is passing through the point A(1, 2) with slope 5/12. Find points on the line which are 13 units away from A.

Let us draw a rough diagram to represent the given details. 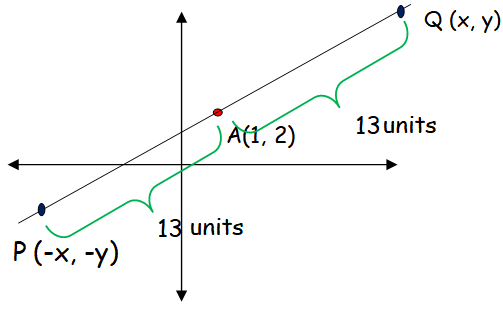 Taking squares on both sides, we get

Let "x" be the time taken by the trian.

Let "y + 150" be the distance covered by the train.Here y stands for length of pole.

(iii) The time taken to cross the bridge of length 850 m is?

Here the train is crossing the bridge, so we have to take (1)