By continuing the anticlockwise rotation, angles larger than 360° can be produced.

If we rotate in clockwise direction, negative angles are produced. Angles 57°, 417° and -303° have the same initial side and terminal side but with different amount of rotations, such angles are called coterminal angles.

How to determine the quadrant of an angle ? 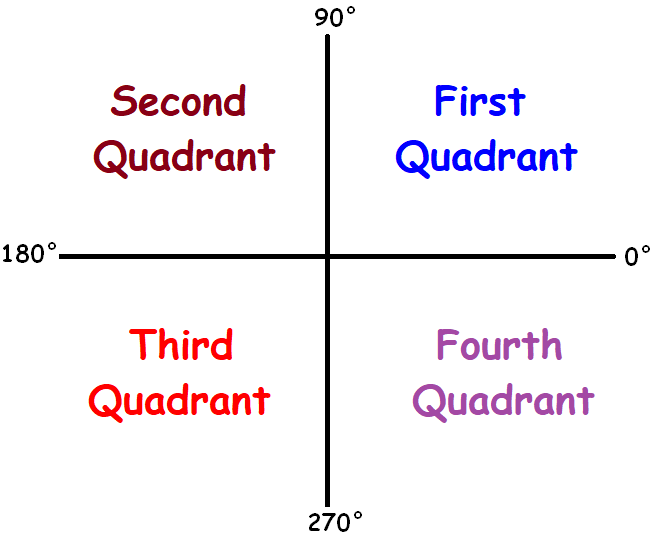 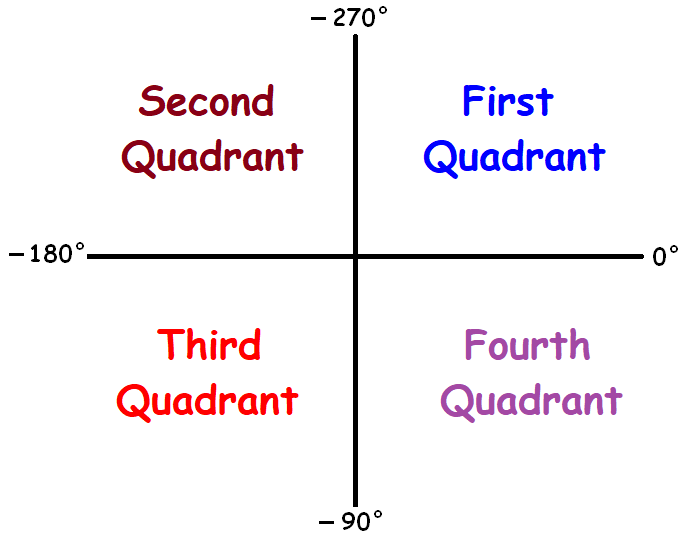