The exponents of a number says how many times to use the number in a multiplication. 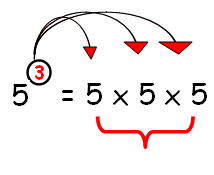 Here m is repeating 2 times. To write m x m in the exponential form, we have to write it as m².

Like that n is also repeating 2 times. To write n x n in the exponential form, we have to write it as n²

Whenever we want to simplify two or more terms which are having the same base, then we have put only one base and add the powers. 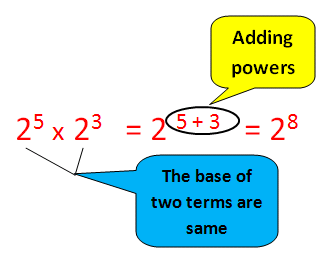 Whenever we want to simplify the terms which are dividing with the same base, we have to put only one base and subtract the powers. 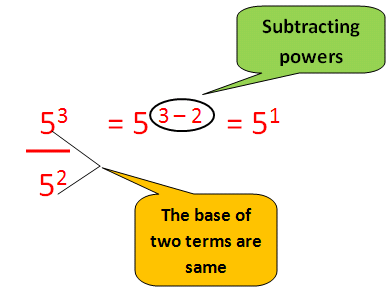 Whenever we have power to the power, we have to multiply both powers. 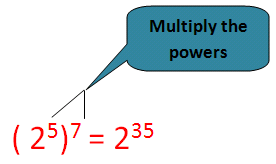 This rule is not applicable if two or more terms which are adding and subtracting.

How to move an exponents or powers to the other side ?

What is exponent and power?

The other names of exponent are index and power.

In case we have negative power for any fraction and if we want to make it as positive, we can write the power as positive and we should write its reciprocal only. For example 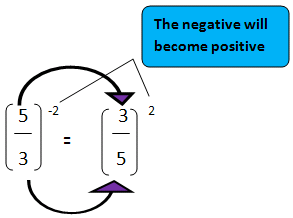 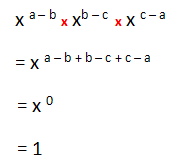 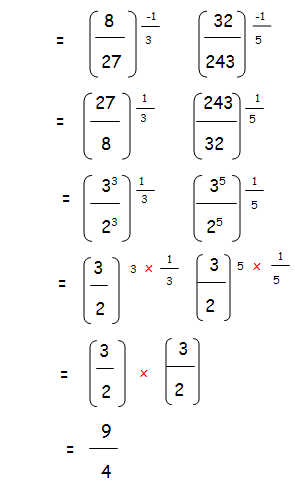 You can try these problems based on laws of exponents.

After having gone through the stuff given above, we hope that the students would have understood "Exponents".

Apart from the stuff given above, if you want to know more about "Exponents", please click here