Already we know about two-dimensional or flat shapes. In this section, we are going to expand to 3D. All three dimensional shapes are examples of solid figures or solids. 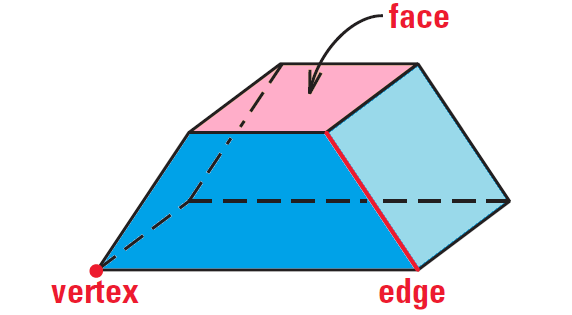 Of the five solids shown below, the prism and pyramid are polyhedra. The cone, cylinder, and sphere are not polyhedra. 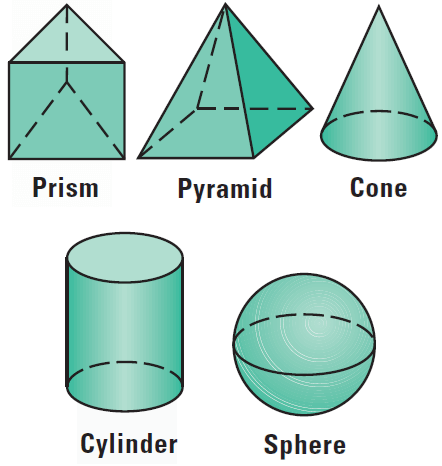 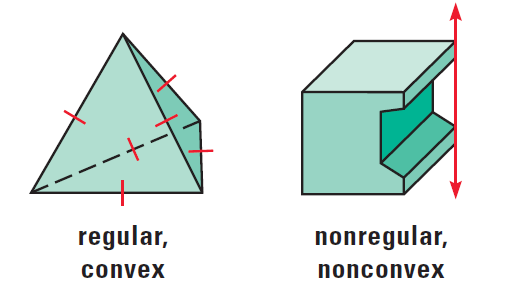 Cross Section of a Solid

A regular tetrahedron has 4 faces, 4 vertices and 6 edges.

A regular octahedron has 8 faces, 6 vertices and 12 edges.

A regular dodecahedron has 12 faces, 20 vertices and 30 edges.

A regular icosahedron has 20 faces, 12 vertices and 30 edges.

In all the above polyhedra, we can notice that the sum of the number of faces and vertices is two more than the number of edges in the solids above. This result was proved by the Swiss mathematician Leonhard Euler (1707–1783).

The number of faces (F ), vertices (V ), and edges (E ) of a polyhedron are related by the formula

If you would like to have worksheet on exploring solids,