A ramp for unloading a moving truck, has an angle of elevation of 30°. If the top of the ramp is 0.9 m above the ground level, then find the length of the ramp. 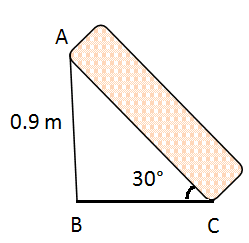 sin θ = opposite side/hypotenuse side

A girl of height 150 cm stands in front of a lamp-post and casts a shadow of length 150 √3 cm on the ground. Find the angle of elevation of the top of the lamp-post. 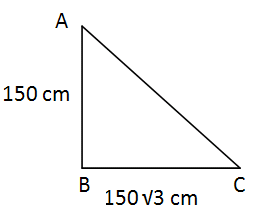 In the given problem,we have to find the angle inclined C.

Suppose two insects A and B can hear each other up to a range of 2 m. The insect A is on the ground 1 m away from a wall and sees her friend B on the wall, about to be eaten by a spider. If A sounds a warning to B and if the angle of elevation of B from A is 30°, will the spider have a meal or not ? ( Assume that B escapes if she hears A calling ) 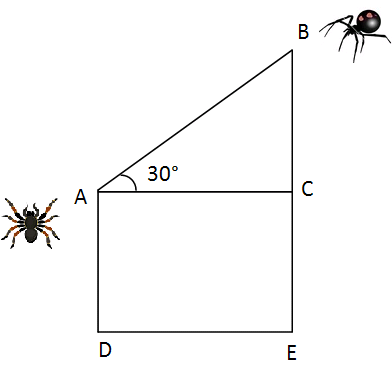 In the given problem,we have to the length of AB.

sin θ = Opposite side/Hypotenuse side

So, the spider B escapes.