Here we are going to see some practice questions of the topic elimination method. You can also find solution for each problems with detailed explanation.

A ordered pair (x₁,y₁) s called a solution to a linear system in two variables if the values x = x₁ and y = y₁ satisfy all the equations in the system.

The flow chart given below will help us to understand the procedure better. 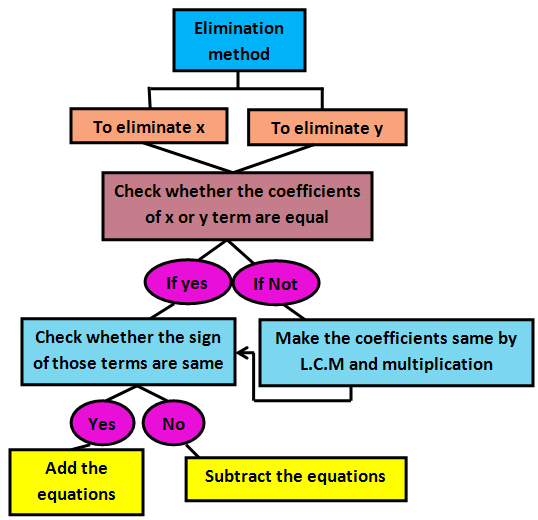 Solve each of the following system of equations by elimination method.

After having gone through the stuff, we hope that the students would have understood "Elimination method"

Apart from the stuff given above, if you want to know more about "Elimination method worksheets", please click here