The division of polynomials p(x) and g(x) is expressed by the following “division algorithm” of algebra. 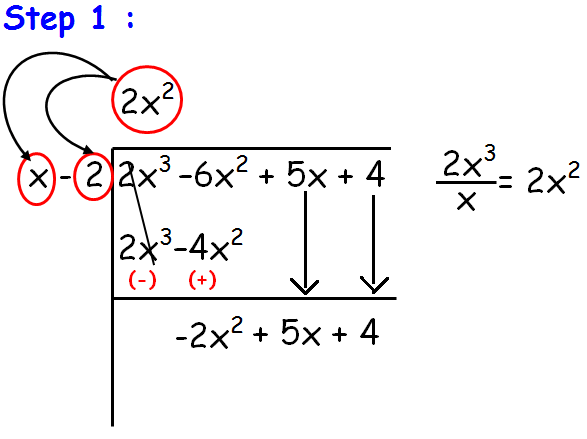 repeat this process until we get the degree of p(x) ≥ degree of g(x). 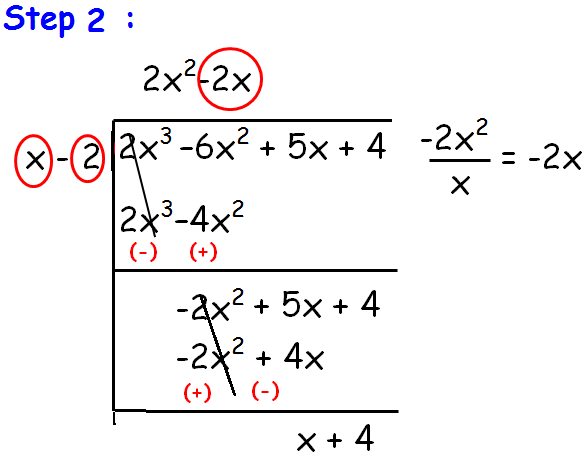 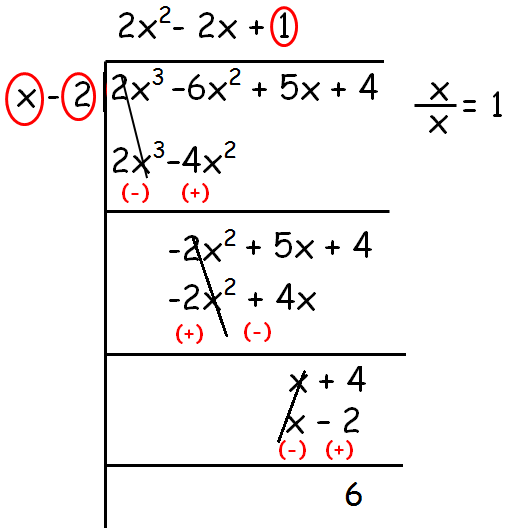 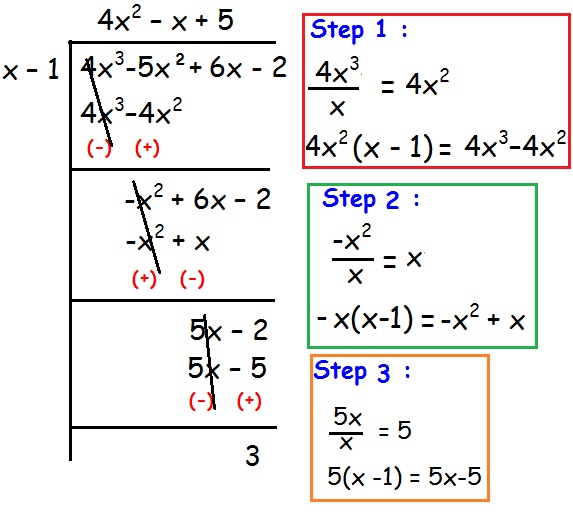 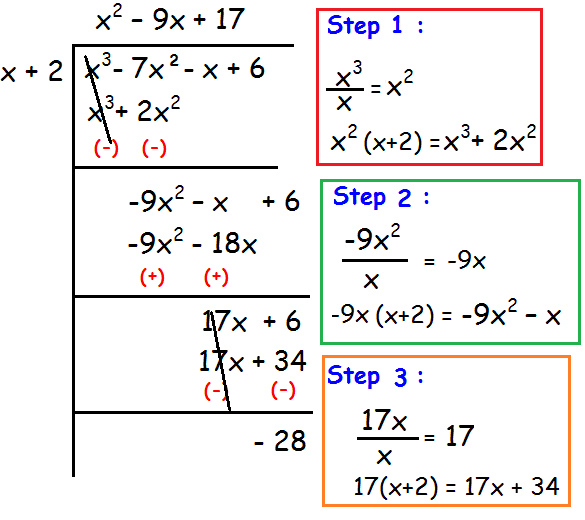 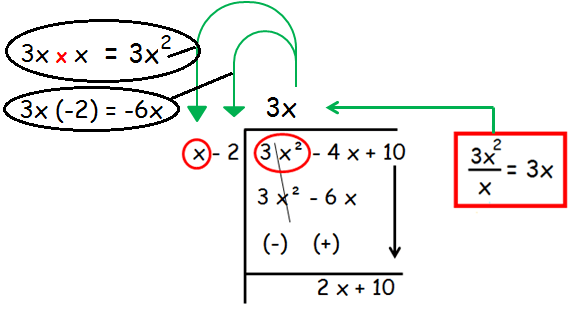 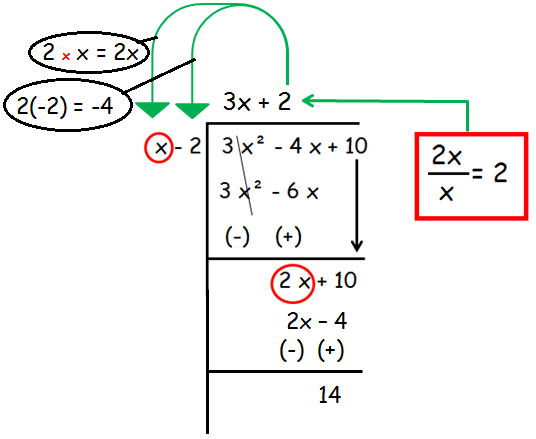