A chemist mixed 6.35 grams of one compound with 2.45 grams of another compound. How many grams were there in the mixture.

Amount of compound in the mixture is

Amount of money that John still has to save is

Jennifer bought 6.5 kg of sugar. she used 3750 grams. How many kilograms of sugar were left ?

Amount of sugar left (in kilograms) is 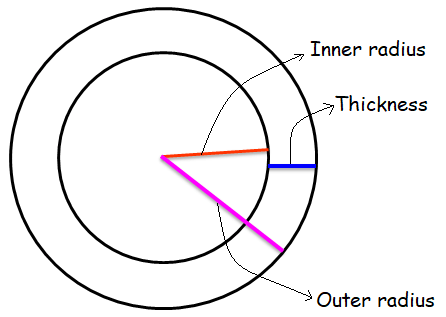 Thickness of the pipe is

Weight of 20 copies of English book is

Find the weight of 25.5 meters of copper wire in kilograms, if one meter weighs 10 grams.

Weight of 25.5 meters of copper wire is

The cost of 1 kg of cooking oil is

Amount of money earned in 1 hour is

Amount of money earned in 5 hours is

A pipe is 76.8 meters long. What will the greatest number of pieces of pipe each 8 meters long that can be cut from this pipe ?

Greatest number of pieces can be cut from the pipe is

So, 9 pieces of pipe each 8 meters long can be cut from the pipe of length 76.8 meters.