we are going to have some practice problems on curved surface-area for some particular solids.

A circus tent is in the form of a cylinder with a height of 3 m and conical above it. If the base radius is 52.5 m and the slant height of the cone is 53 m, find the canvas needed to make the tent. 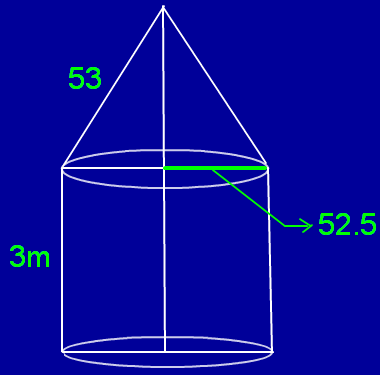 Height of the cylindrical part(h) = 3 m

Area of the canvas required :

A vessel is in the form of hollow cylinder which has been surmounted on a hemispherical bowl.The diameter of a hemisphere is 14cm and the total height of a vessel is 13cm. Find the required curved surface area of the vessel. 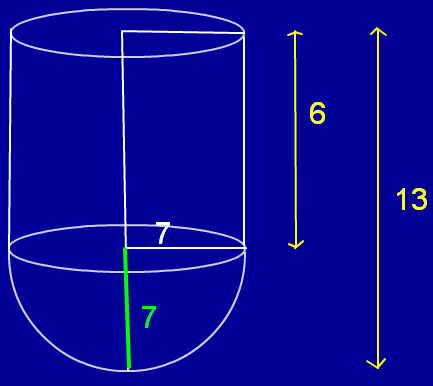 Diameter of the hemisphere = 14 cm

Total height of the vessel = 14 cm

After having gone through the stuff given above, we hope that the students would have understood "Curved surface area examples"

Apart from the stuff given above, if you want to know more about "Curved surface area examples", please click here.