The calculator given in this section can be used to find volume, total surface area and length of the diagonal of a cuboid. 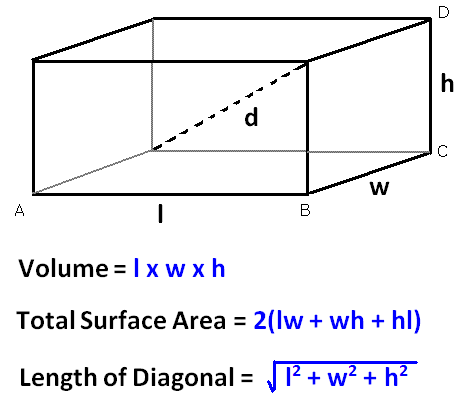