Parallel lines are the lines which will never intersect and the perpendicular distance between them will be same at everywhere.

Let us see how to construct parallel lines.

Using a set square and a ruler draw a line parallel to a given line through a point at a distance of 5cm above it.

(i) Draw a line XY using ruler and mark a point A on it.

Place the set square on the line segment XY.

(i) Place the set scale as shown in the figure. 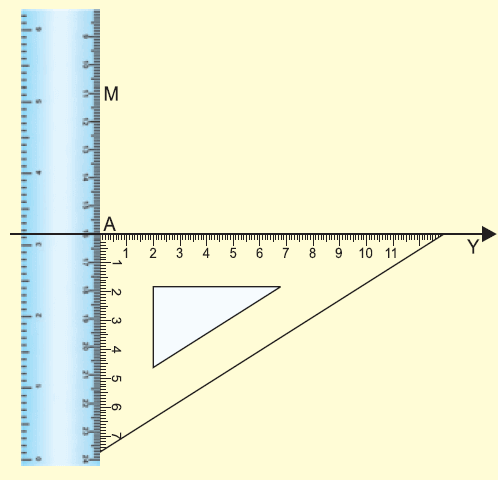 (ii) Through M, draw a line MN along the edge.

(iii) MN is the required line parallel to XY through M. 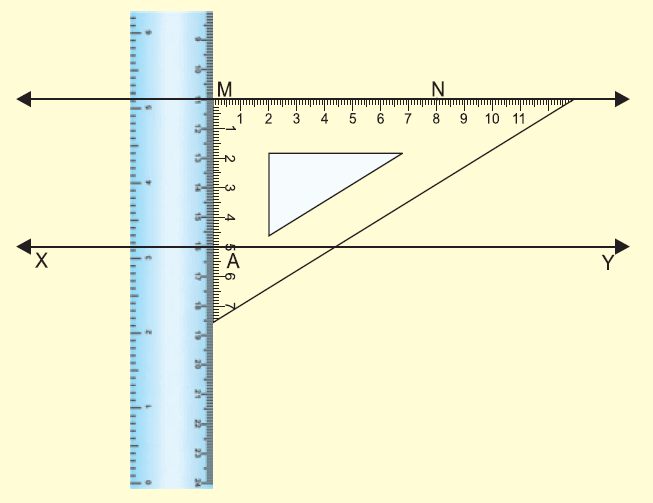 If, the two lines are parallel, then their slopes will be equal.

If the two lines are parallel, then their general form of equations will differ only in the constant term and they will have the same coefficients of "x" and "y".

(iii)  Let us consider the slope intercept form of equation of a straight line  y  =  mx + b.

If the two lines are parallel, then their slope-intercept form equations will will differ only in the "y"- intercept.

If the two lines are parallel, the angle between them and the positive side of x-axis will be equal.

The figure given below illustrates the above situation. 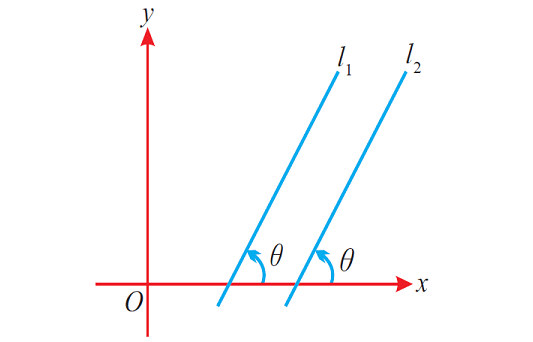 (v) If the two lines are parallel, the perpendicular distance between them will be same at everywhere.

The figure given below illustrates the above situation. 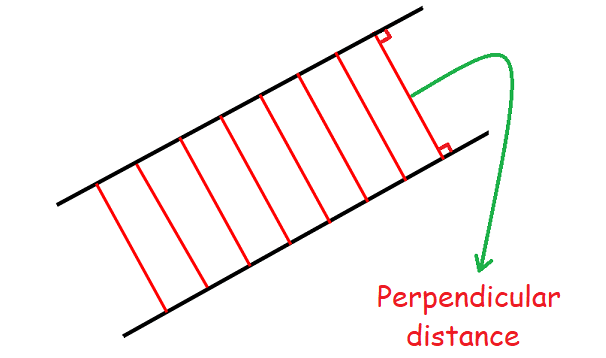