By plotting cumulative frequency against the respective class boundary, we get ogives.

Ogives may be considered for obtaining quartiles graphically.

If a perpendicular is drawn from the point of intersection of the two ogives on the horizontal axis, then the x-value of this point gives us the value of median, the second or middle quartile.

Ogives further can be put into use for making short term projections.

Draw ogives  for the following table which represents the frequency distribution of weights of 36 students. 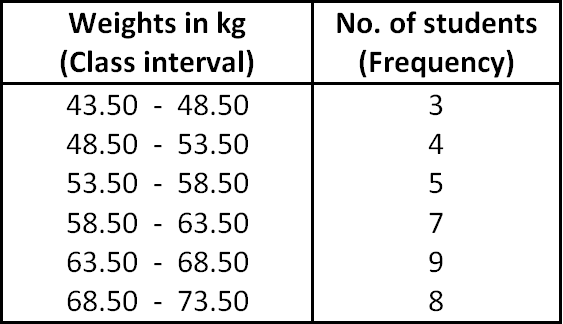 To draw ogives for the above frequency distribution, we have to write less than and more than cumulative frequency as given below. 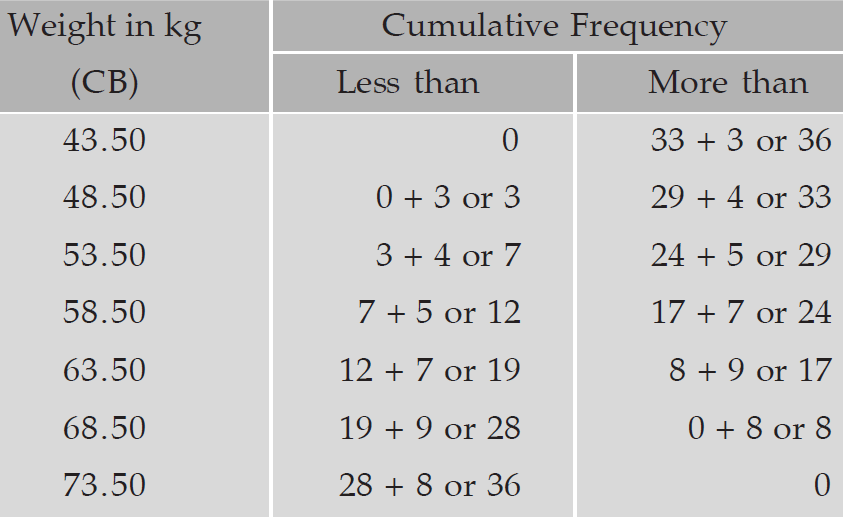 Now, we have to write the points from less than and more than cumulative frequency as given below.

Points from Less than Cumulative Frequency :

Points from More than Cumulative Frequency :

Now, taking frequency on the horizontal axis, weights on vertical axis and plotting the above points, we get ogives as given below. 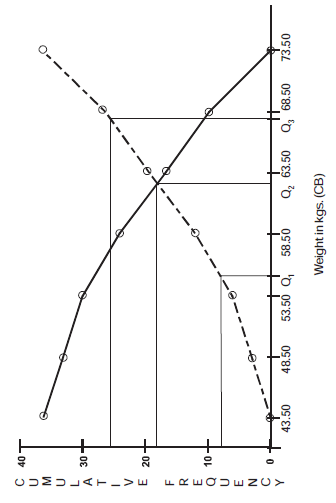 From the above figure which depicts the ogives and the determination of the quartiles. This figure give us the following information.