A line segment is the shortest that connects two given points, but a line has no end points.

A line segment can be measured either with a ruler or divider.

Let us look at some examples to understand how to construct a line segment.

Fix a ruler on the line. Fix it in such a way that the zero on the scale and the point "A" coincides.

With the help of a compass, measure 2.5 cm as shown in the figure. 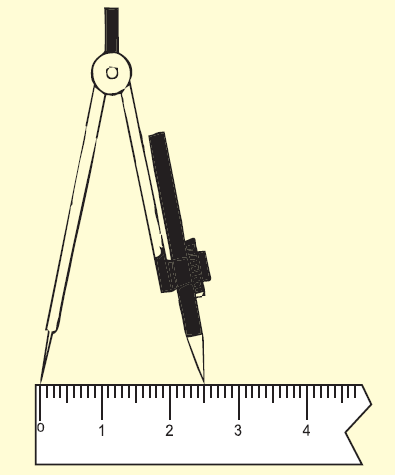 (i) Place the sharp edge of the compass at P. 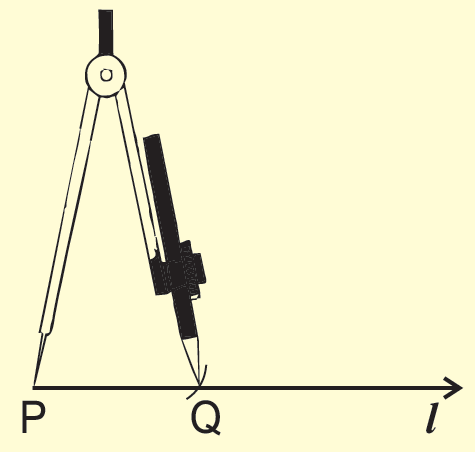