Bars i.e. rectangles of equal width and usually of varying lengths are drawn either horizontally or vertically.

We consider Multiple or Grouped Bar diagrams to compare related series. Component or sub-divided Bar diagrams are applied for representing data divided into a number of components. Finally, we use Divided Bar charts or Percentage

Bar diagrams for comparing different components of a variable and also the relating of the components to the whole. For this situation, we may also use Pie chart or Pie diagram or circle diagram.

Steps to Construct a Bar Graph

On a graph paper, draw vertical line and horizontal line which are perpendicular to each other.

The bars we take either on the horizontal line or vertical line should have uniform width.

The height of each bar will depend upon the data given.

The total number of runs scored by a few players in one-day match is given. 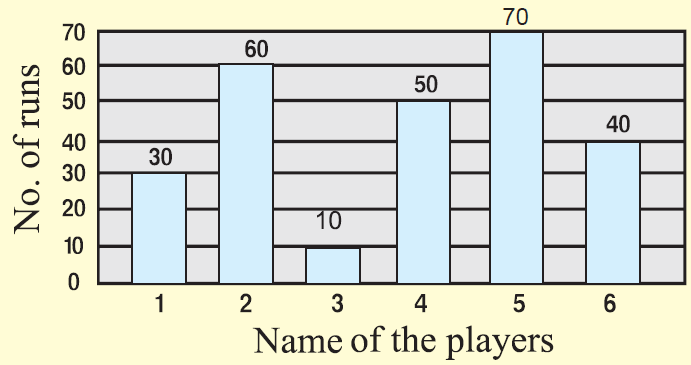 The number of students in each class of a school is given. 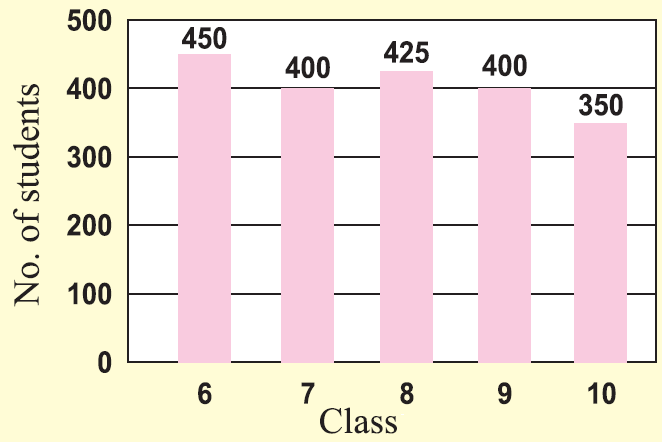 The number of uniform sets 6 th grade students have with them are given in the table.

The number of shirts produced in a tailoring unit in 6 days is given.

The color related to each day is given below. 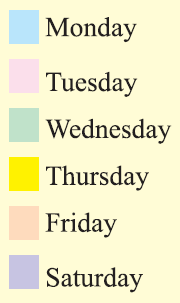 The average temperature during the month of April in a city during the year 2007 to 2012 is given. 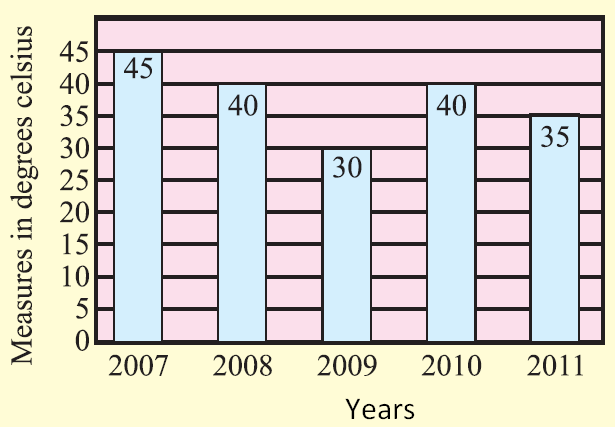