For the triangles below, we can write ΔABC ≅  ΔPQR, which is read "Triangle ABC is congruent to Triangle PQR". The notation shows the congruence and the correspondence.

There is more than one way to write a congruence statement, but it is important to list the corresponding angles in the same order. For example, we can write

In the diagram given below, if ∠A ≅ ∠D and∠B ≅ ∠E, then ∠C ≅ ∠F 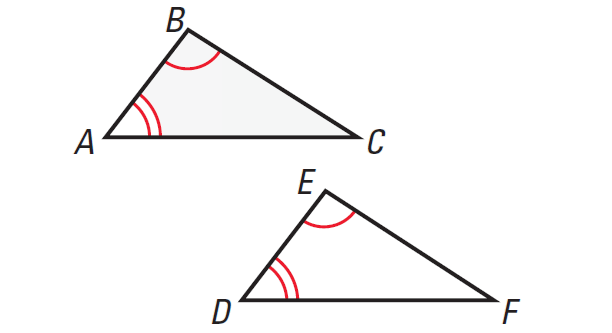 The congruent triangles represent the triangles in the diagram given below. Write a congruence statement. Identify all pairs of congruent corresponding parts. 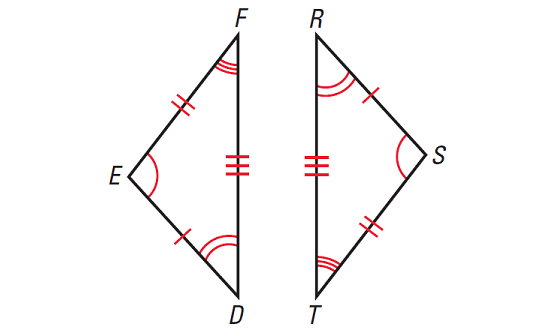 The congruent angles and sides are as follows.

In the diagram given below, NPLM ≅ EFGH.

We know that LM ≅ GH.

We know that ∠N ≅ ∠E.

Subtract 9 from both sides.

Divide both sides by 7.

Find the value of x in the diagram given below.

From the triangle sum theorem, we have

Subtract 120° from both sides.

By Third angles theorem, we have

Subtract 30 from both sides.

Decide whether the triangles are congruent. Justify your reasoning.

From the diagram, we are given that all three pairs of corresponding sides are congruent.

By the Vertical Angles Theorem, we know that

By the Third Angles Theorem,

In the diagram given below, prove that ΔAEB  ≅  ΔDEC. 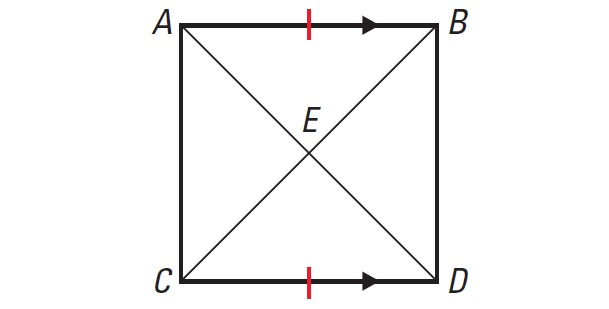 E is the midpoint of BC and AD.