In this section, we are going to learn about Concentric circles.

Already we are familiar with Circles.

When a small stone was dropped in still water, you might have seen circular ripples were formed. Which is the center of these circles ?

Is it not the place where the stone was dropped ?

The circles with different measures of radii and with the same center are called concentric-circles. The center is known as common center.

Circles drawn in a plane with a common center and different radii are called concentric-circles. See the figure given below.

Look at the following two figures :

The above figure represents two concentric-circles.

In the above figure, the area between the two concentric -circles are shaded with red color.

The red colored area is known as circular ring. 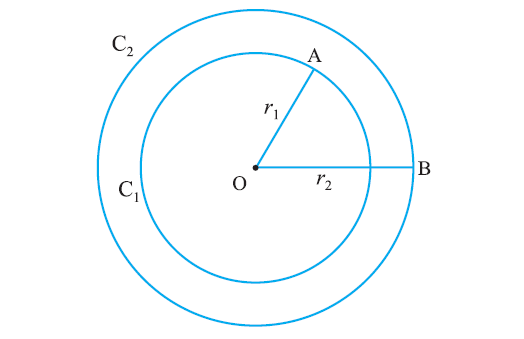 In the figure given above, C₁  and C₂ are two circles having the same center O with different radii r₁ and r₂  respectively.

The area bounded between the two circles is known as circular ring.

Draw concentric-circles with radii 3 cm and 5 cm and shade the circular ring.

Draw a rough diagram and mark the given measurements.

Take any point O and mark it as the center.

With O as center and draw a circle of radius OB = 5 cm. 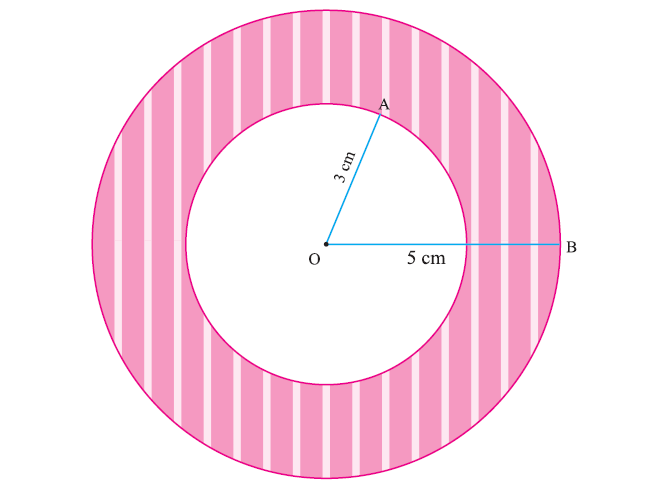 After having gone through the stuff given above, we hope that the students would have understood "Concentric-circles".

Apart from the stuff given above, if you want to know more about "Concentric-circles", please click here