If they have same variables, the exponents will not be same.

Observe the important points related to the above work.

1. We have written the term 2x2 of the second polynomial below the corresponding term x2 of the first polynomial.

3. Since the term x in the first polynomial and the term x3 in the second polynomial do not exist, their respective places have been left blank to  facilitate the process of addition. Or, for the non existing terms, we annex the terms with zero coefficients.

Find out the sum of the polynomials : 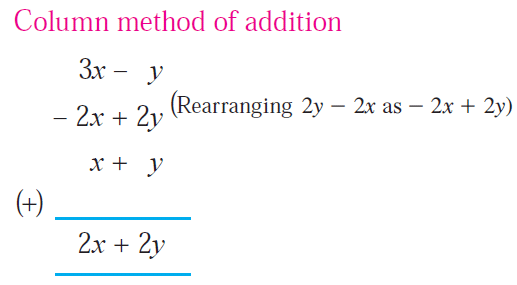 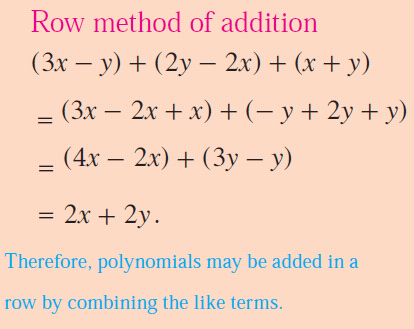 Alternatively, this can also be done as : 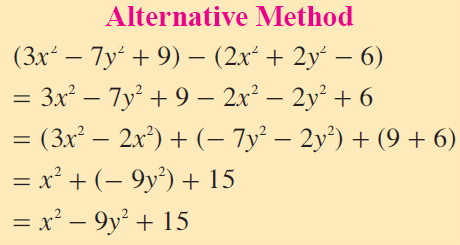