Find the perimeter and area of the following figures: 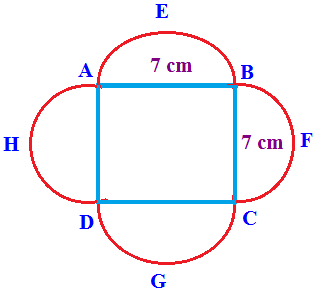 Diameter of each semicircle is 7 cm from this we can find the radius of semi circle.

Length of each side of square = 7 cm

Perimeter of square = 4a

Find the area of shaded portion. 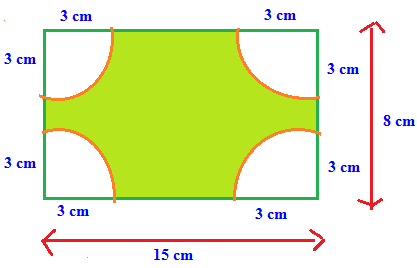 After having gone through the stuff given above, we hope that the students would have understood "Combined figures"

Apart from the stuff given above, if you want to know more about "Combined figures", please click here.